Bayern vs Barcelona Prediction: Match to live up to all expectation 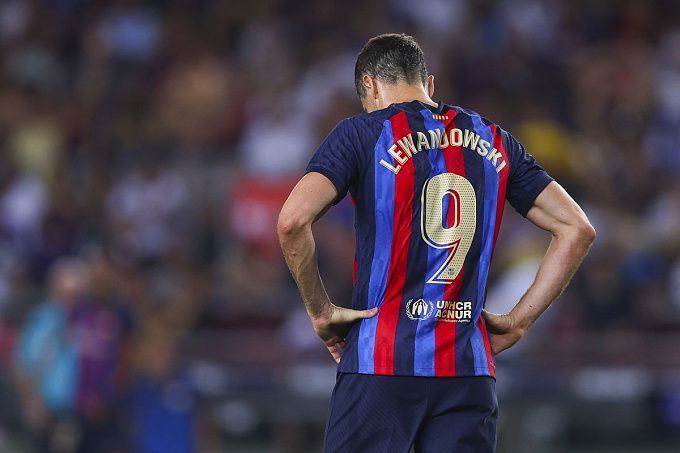 Bayern will take on Barcelona in the Champions League group stage match on September 13 at 22:00 (UTC+3). Let’s see how the opponents are doing & what the best bet is. There are several options for you to consider!

Bayern have not been showing the most stable soccer lately. In the past five games, the Bavarians have had two victories and managed to tie the score three times, 1-1 with Gladbach, 1-1 with Union, and 2-2 with Stuttgart. Of course, a team of this level should easily sail through these opponents. Perhaps the reason behind such results is Robert Lewandowski leaving the team, who was a reliable player for the Bavarians in the attack. It should be noted that Bayern earned three points without much trouble defeating Inter Milan 2-0 in the last match of the Champions League group stage.

Xavi, a former Barcelona legend, joined the team as coach at a difficult moment and, one might say, helped them find their ground. Now Barcelona are showing completely different soccer, which you can watch endlessly. We should also mention successful transfers this summer. Alonso, Kessie, Lewandowski, Bellerin, Christensen, and others came to the club. With such a squad, Barcelona are fighting with Real Madrid for the lead in the Spanish La Liga. And in the first round of the Champions League group stage, they thrashed the Czech club Viktoria, scoring five goals and conceding only once.

The bookmakers have given their preference to the hosts, which we do not fully agree with. While Barcelona lost to Bayern in their last three games with a total score of 2-14, the Catalan club was in a completely different position back then. They started the season with renewed vigor, showing excellent results. It should be noted that Bayern do not perform at home. In the last three games, they got only one win and two draws. In our opinion, the match will be equal and entertaining, as the opponents will play offensively, so it will be hard to avoid mistakes in defense.