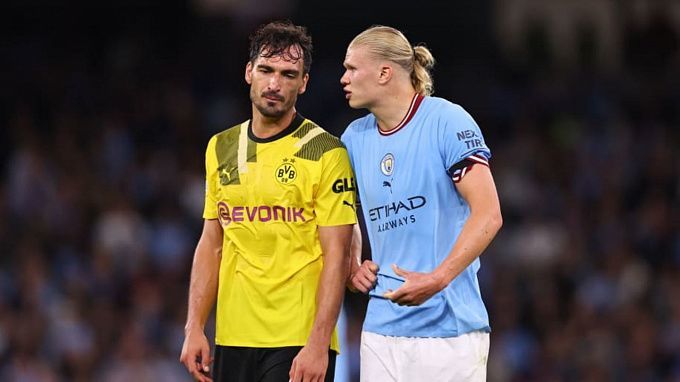 Prediction for the UCL Borussia D vs Manchester City group stage match, which will take place on Octobre 25. Who will turn out to be stronger? Check the team conditions! Several betting options are available.

Borussia Dortmund has shown very acceptable results in the current Champions League. First, the Bumblebees beat Copenhagen (3:0), then they put up a fight against Manchester City but still lost (1:2), and faced Sevilla twice. First, Borussia thrashed them 4:1, and then they leveled with Sevilla (1:1). Borussia is second in Group G with seven points.

Manchester City, of course, is having the time of their life in the Champions League. For starters, they defeated Sevilla 4:1, Borussia 2:1, and crushed Copenhagen 5:0. Last matchday, however, the Citizens were not so eager to win, so they sealed a nil-nil draw with the Danish team. Manchester City is at the top of Group G standings with ten points.

Undoubtedly, Borussia will give Manchester City a fight and count on points in this encounter. However, we think that the Citizens will still earn three points. The last three meetings with each other ended the same - the 2:1 victories of the English club. Now Erling Haaland will return to Signal Iduna Park to be booed. That will surely only give the crazy forward more motivation. The Bumblebees are inferior to the Citizens and shouldn't expect three points.