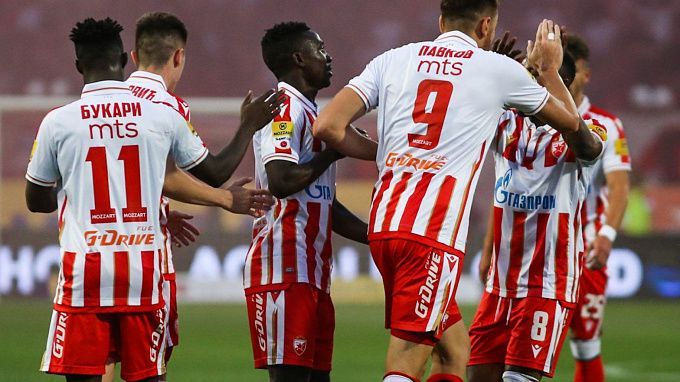 Crvena Zvezda will take on Pyunik in the third qualifying round of the Champions League. Let's see how the opponents are doing & what the best bet is. There are several options for you to consider!

Last season Crvena Zvezda won the Serbian SuperLiga, scoring exactly 100 points in 37 rounds. The team was two points ahead of second place Partizan, defeating them in the Serbian Cup final as well. The new season has already begun, where Dejan Stankovic's men are showing their best. Crvena Zvezda has won four matches in four rounds, with a total score of 17-1!

Pyunik was triumphant in the last season of the Armenian championship, scoring 75 points in 32 rounds. The team was one ahead of second-placed Ararat Armenia. They have already made it through two rounds of Champions League qualifying – first, by beating CFR Cluj themselves on penalties (2-2, 4-3 penalties), and then Dudelange with a total score of 4-2. Also, Pyunik lost to Ararat in the first round of the new season of the Armenian championship with the score 0-1.

Crvena Zvezda is quoted as a very clear favorite of the meeting, which is impossible not to agree. With the incredible support at the famous Rajko Mitic Stadium, the home team simply must beat their not so big of an opponent. They will certainly try to get a comfortable lead before their trip to Armenia, so we expect a high-scoring encounter and a confident win for the hosts. Prediction: Total Over (2.5).