Dynamo Kyiv vs Sturm Graz Prediction: Will the Kyiv Team Gain the Lead Before the Return Game? 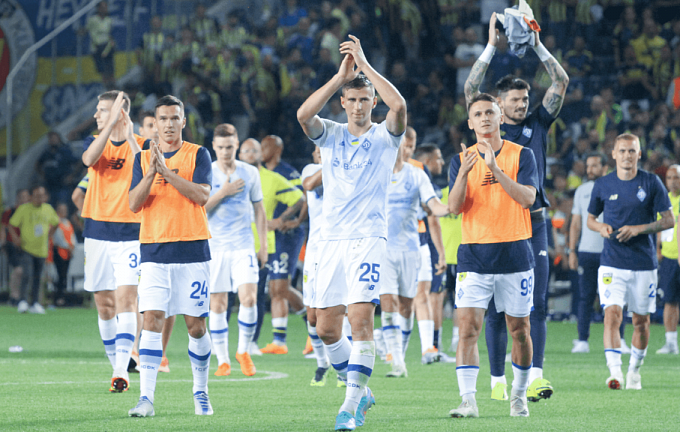 Prediction for the Champions League Dynamo Kyiv vs Sturm Graz qualifier, which will take place on August 3. The next opponent of Dynamo Kyiv will be the Austrian team Sturm Graz. The Austrians have not played in the Champions League yet, but practiced at home, having played three matches in two different tournaments. As for the line for the game, Dynamo Kyiv, although Lucescu's team will play in a neutral arena, is a favorite. Who will turn out to be stronger? Check the team conditions! Several betting options are available.

The confrontation with Fenerbahce was very tense. A nil-nil draw in the first match in Poland, 1:1 in regular time in Istanbul, and Karavaev's goal in the 114th minute of the game. Herewith, Valencia failed to score a penalty in the 70th minute, and Salai leveled the score at 89 minutes, with Fenerbahce remaining ten men at 53 minutes. Dynamo lost to the Canaries in all aspects but managed to show character and survive. Two days after the Turkish game, Dynamo had a friendly against Everton and fell to the Merseysiders with a score of 0:3.

Sturm played three official matches in the 2022/23 season. In the Austrian Cup, the visitors beat Rotis 6:0. In the national championship, the Graz club sealed a 1:1 draw on the road with Wolfsberger and defeated Salzburg 2:1 at home. In the match against the champion, Hojlund made a double, and the Bulls reduced the lead by scoring in the 87th minute. The victory over Salzburg confirms the fears that Dynamo has a mighty opponent. However, note that Sturm plays their best matches on the home field.

Fenerbahce had a strong squad, almost twice as expensive as Dynamo. After the Kyiv team won over them, we believe that they can also handle Sturm. However, the latter is a formidable opponent. Once Lucescu's team underestimates them, they're in trouble. At the same time, to get the final victory, the hosts have to win the formally home game because it will be much more challenging in Austria. Let's bet on the Kyiv team's success and a few goals.