Inter vs Shakhtar: We Expect a Forth Nil-Nil Draw 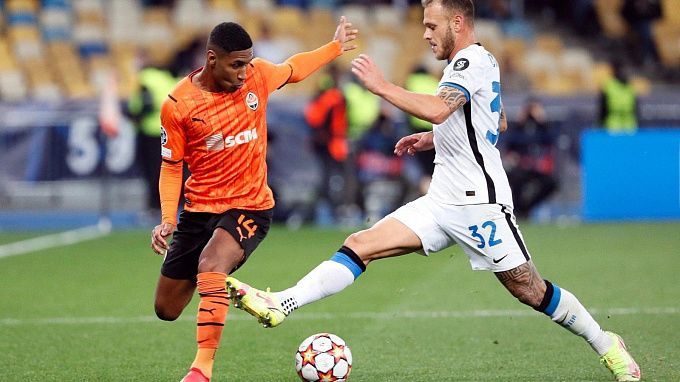 At the weekend, Inter won a significant victory over Napoli. The match on Wednesday is no less critical for Simone Inzaghi’s team. A defeat of Ukrainian Shakhtar will secure the Black and Blues’ entry into the Champions League playoffs. Is it success waiting for them? Several betting options are available.

The victory over Napoli is important for Inter as a psychological factor because they beat one of the current football season leaders and as a way to climb in the standings. After beating Napoli and taking advantage of Milan’s misstep, which lost to Fiorentina, Simone Inzaghi’s team decreased the gap to the leading two to 4 points.

After two victories over the Moldovan Sheriff in the Champions League, Inter noticeably improved its position. In case of a victory over Shakhtar, the Black and Blues will secure a ticket to the playoffs and retain a chance for first place in the group. An exciting prospect!

The Miners are in last place in the Champions League group standings currently. The team of Roberto De Zerbi has earned only one point, scored in a home matchup with Inter. Thus, Shakhtar has almost no chance of even taking third place that Sheriff occupies now, and the Miners are 5 points behind it.

Perhaps Shakhtar should no longer focus on the Champions League, hoping to realize an off chance. The most important thing is the championship, where the Donetsk team faces taking the title from Dynamo Kyiv. At the moment, the rivals are equal and have the same number of points. The Ukrainian Premier League is halfway through - 15 rounds have passed.

It hardly makes sense for Shakhtar to strain every nerve on Giuseppe Meazza. Nevertheless, this does not make Inter’s chances of success in the upcoming game any greater – the team played a very energy-consuming match with Napoli on Sunday. We will likely see a useless game between Inter and Shakhtar on Wednesday since it won’t influence the current situation. A fourth nil-nil draw in a row is hardly worth waiting for, but many goals can still not be written off. Prediction: Inter is more likely to win with a few goals.