Juventus vs Maccabi Haifa Prediction: Bianconeri have no room for mistakes 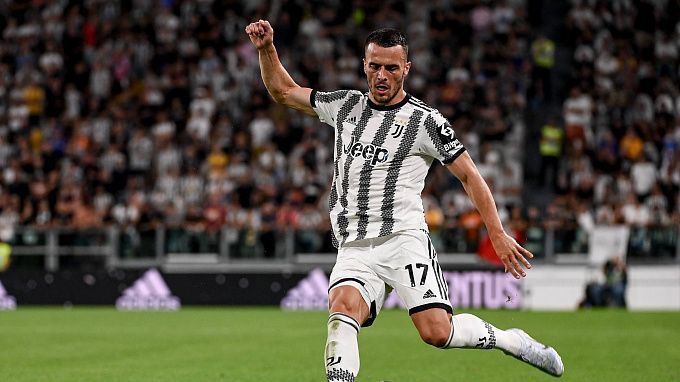 Juventus lost their opening two games in the 2022/23 UEFA Champions League group stage, and now the Bianconeri will only be satisfied with a win against Maccabi Haifa. Will the Turin side be able to pull it off? We'll choose several bets at once.

Max Allegri's team had an unsuccessful start to the season, not only in the Champions League, but also in the Italian Serie A. Juve came into the round 8 game against Bologna with only 10 points on their books, having won just two games. However, the encounter with Bologna gave the Bianconeri supporters good reason to be optimistic. Juventus showed great confidence against the Red and Blues, scoring three goals in one contest. Kostic, Vlahovic and Milik were 3-0 up. Will Juve get on track in Serie A?

The White and Blacks began their way to the Champions League with a visit to PSG, where they lost to Messi and company 1-2, with a good, in general, game. In the second leg, Juventus genuinely crashed out, losing at home to Benfica. It was also 1-2, but for all intents and purposes, there was no hint at even a draw. Juve will now only be satisfied with two wins against Maccabi Haifa. Otherwise, they can kiss our chances of making the playoffs goodbye.

Maccabi Is A Tough Team

The club from Haifa made it to the Champions League group stage through the qualifiers and, it must be said, managed to get past some very tough opponents. First the Israelis defeated Olympiacos (1-1 at home and 4-0 away), then they got past Apollon of Cyprus (4-0, 0-2). Finally, in the decisive qualifying round Maccabi defeated Crvena Zvezda 3-2 at home and played their away game to a 2-2 draw.

Barak Bakhar's team still has no points in the group. However, you cannot just write them off. In its first round in Lisbon, Maccabi only allowed Benfica to score in the second half, 0-2. And in the second half they opened the scoring in their home game against PSG, losing 1-3. It seems the Israelis will have their hands full in the current campaign.

Last Sunday's convincing win against Bologna will give Juventus confidence in their own abilities. That's important because the Bianconeri have everything else they need to beat Maccabi. Barak Bakhar has a solid team, but it's certainly no match for the Italian grandee. Juventus are likely to score two or three goals, conceding once at most.