Manchester City vs Chelsea: Clash of the Titans 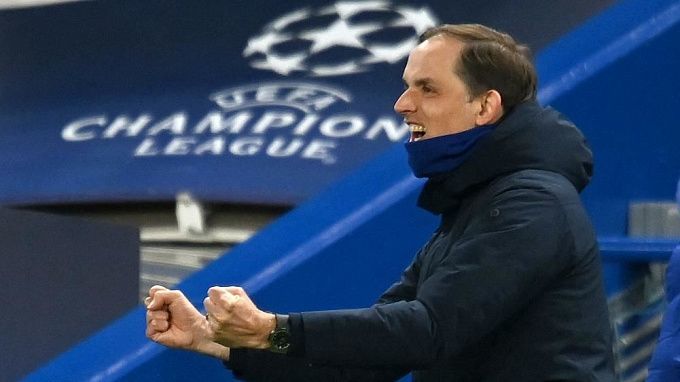 Third meeting this spring and fourth this year. The first meeting was won by the Citizens 3-1. The other two were won by the London club, at that time already led by Thomas Tuchel. Will Tuchel be able to upset Pep Guardiola for the third time in a row and repeat Roberto Di Matteo's achievement and take the Champions League trophy as the club's manager of the season? Bet on Tuchel. We'll explain why.

Manchester City took their beloved English League Cup for the fourth time in a row and became champions of England for the third time in four years. Sir Alex Ferguson's hegemony right here. The arrival of Ruben Dias, the switch to a new scheme, the reanimation of Gundogan and Fernandinho, and Phil Foden replacing Raheem Sterling. A phenomenal season, despite the FA Cup defeat. City were unstoppable, so the championship is unquestionable and well deserved. In the Champions League, the Citizens crushed all their opponents: 4-0 against Borussia Mönchengladbach, 4-2 against Borussia Dortmund, and 4-1 against PSG. Victory over the latter showed the class and true strength of the Citizens in a match against an equal opponent. They managed to neutralize the Neymar-Mbappé-Di Maria trio, which was crucial to their success.

Chelsea have become one of the strongest teams in the world right from the start under Thomas Tuchel. The way the Blues have cracked Real Madrid (3-1) and Atletico Madrid (3-0) from the position of strength because the squad of the London club is far from the strongest and the names are inferior to those of the rivals from the City. Therefore, the credit for Chelsea's success goes to Thomas Tuchel, who quickly set up all the mechanisms that work like clockwork. According to the results of his short-term work at the Foggy Albion, it is worth highlighting the following: Chelsea concede very little and often play on nil, as well as Chelsea play number one in all the top matches. During this period, the Blues have outplayed the aforementioned Madrid clubs, the main challengers to the championship in La Liga, Liverpool, Tottenham, Man City (twice). Therefore, we cannot write Chelsea off in the final.

History of head-to-head between Tuchel and Guardiola

Thomas Tuchel crossed paths with Pep Guardiola in the 2015/16 season. That season, Bayern defeated Borussia at home 5-1. Then there were dull zeros in the second leg match. Exactly the same zeros were on the scoreboard in the German Cup final, which was eventually taken by Bayern, which won the penalty shootout (4:3). It is worth noting that Tuchel put up a tough fight for Guardiola in the championship race. At the time, Bayern secured the title only two rounds before the end of the championship. Borussia scored respectable 78 points, scoring more goals than Bayern - 82 against 80.

But in England the situation was turned completely different. Tuchel was able to outscore Pepe twice: first by knocking him out of the FA Cup (1-0) and then by delaying the coronation of the Citizens for a few days (2-1).

Manchester City have won their last seven games in the league

Chelsea to win including extra time at odds 2.54,

Total goals in the second half higher than in the first half at odds 2.11.