Manchester City vs PSG: Will the Citizens Take Revenge? 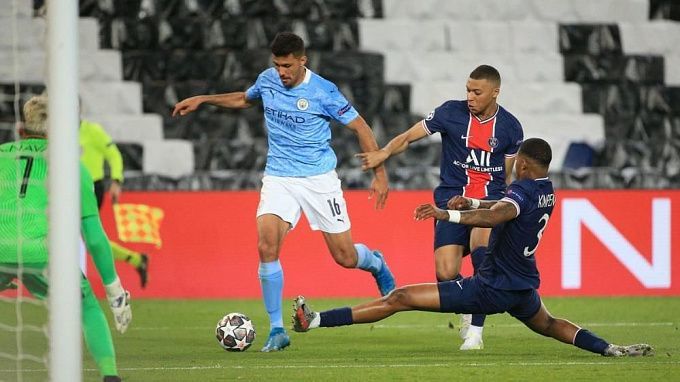 The first-round match between Manchester City vs PSG ended with the victory of the Parisians with a score of 2:0. Then Leo Messi slew the Citizens. Will we see something like this? Or is Pep Guardiola going to knock down the Parisians this time?

Manchester City occupies first place in the group, despite losing to PSG in the first round (0:2). City won the other three games with a total score of 15:5. In the match with PSG, the team failed to tear the defense and have an effort on goal through Gianluigi Donnaruma. To their credit, the Citizens put in plenty of action but not enough for success.

As for the Premier League, Man City is Chelsea’s primary opponent in the championship race. The team fell three points behind the Blues and only one point behind Liverpool. Last weekend, Man City beat Rafael Benítez’s Everton 3:0 without the injured Kevin De Bruyne. Moreover, before the break for the national team matches, the Citizens left no chance to their principled neighbors from Man United, winning with a score of 2:0. We expect to see a similar performance this Wednesday.

PSG is placed second in the group. The gap from the third-placed Brugge makes four points. In the last round, the Parisians lost in an away match with RB Leipzig and missed the second goal in the 92nd minute (2:2). It is worth noting that neither Lionel Messi, nor Killian Mbappe, nor Neymar, but Georginio Wijnaldum is on target. Mauricio Pochettino’s team happens to be weird sometimes.

Messi scored his first Ligue 1 goal just the previous weekend. The receiving end was the unfortunate Nantes. The final in their coffin was driven by Messi himself, setting the score of 3:1. Thus, PSG is 11 points ahead of the closest competitor in the French championship standings. That’s why we are waiting for miracles from the Argentinian in the main-event club tournament of the Old World.

Man City and PSG have had six ties. As a result, the score is 3:1 in favor of the Citizens. Previously, they played at the semifinal stage last season and the quarterfinals in the 2015/16 season. This year, Man City put PSG to complete rout (4:1). However, five years ago, Manchester barely secured a berth at the semifinals with a score of 3:2. This season, PSG took advantage of Messi’s skill that brought his team a 2:0 victory.

This time Pep Guardiola has taken warnings by example and prepared his footballers for a vendetta so that we are unlikely to notice Leo Messi. Thus, we recommend betting on the Man City handicap (1) for 1.16. We also believe that the Citizens will aggressively deny the Parisians the opportunity to counterattack to rendezvous with Ederson. Therefore, we recommend a risky bet: both teams to score - no for 2.26.

In conclusion, we assume that the first goal will be scored within the first 25 minutes, as the Citizens’ pressure will be irresistibly powerful from the very starting whistle. We give a coefficient of 1.88 per goal in a given time interval.