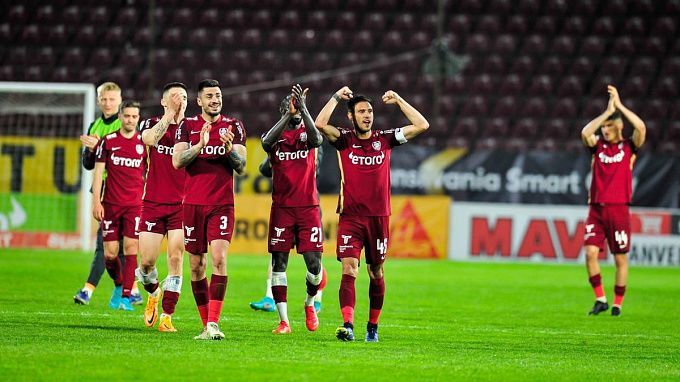 Armenian champion Pyunik will start their path in the Champions League by facing Romanian CFR Cluj. How will the first game in Yerevan end? We will choose several bets at once.

Last season turned out to be a triumphant one for the team from Yerevan. Pyunik regained the championship trophy, winning the national championship for the first time since 2015. The club strengthened their status as the most decorated in the country, enjoying fifteen titles now. And the closest pursuers, Shirak and Alashkert, have only four.

Despite impressive achievements in the domestic arena, Pyunik does not shine on the international stage, having never reached the group stage of any tournament. The last time Pyunik played in European competitions was in the 2019/20 season. After making it through two rounds, they fell to English Wolverhampton 0-8 on the aggregate of two matches.

CFR unbeaten for five years in a row

While Pyunik returned to the top of their national soccer last season, CFR Cluj won the Romanian championship for the fifth time in a row. The team led by former Kuban Krasnodar coach Dan Petrescu took the lead from the third round and, at the finish line, brought their nearest rival, FCSB, a six-point handicap.

In the Champions League, domestic hegemony has yet to help CFR. The team from Cluj cannot make it to the group stage of the most prestigious club tournament for four years. Last season, the Romanian Railwaymen lost to the Swiss Young Boys 1-1, 1-3 in the decisive qualifying round.

Unfortunately, the class of the opponents in the upcoming game is not comparable. CFR is too experienced a competitor on the European stage, and they will probably face no problem sailing through the starting round of the new Champions League qualification. Yegishe Melikyan's Pyunik is not very likely to have a chance to succeed even at home.