Red Bull Salzburg vs Sevilla: One of these teams will not be in the playoffs 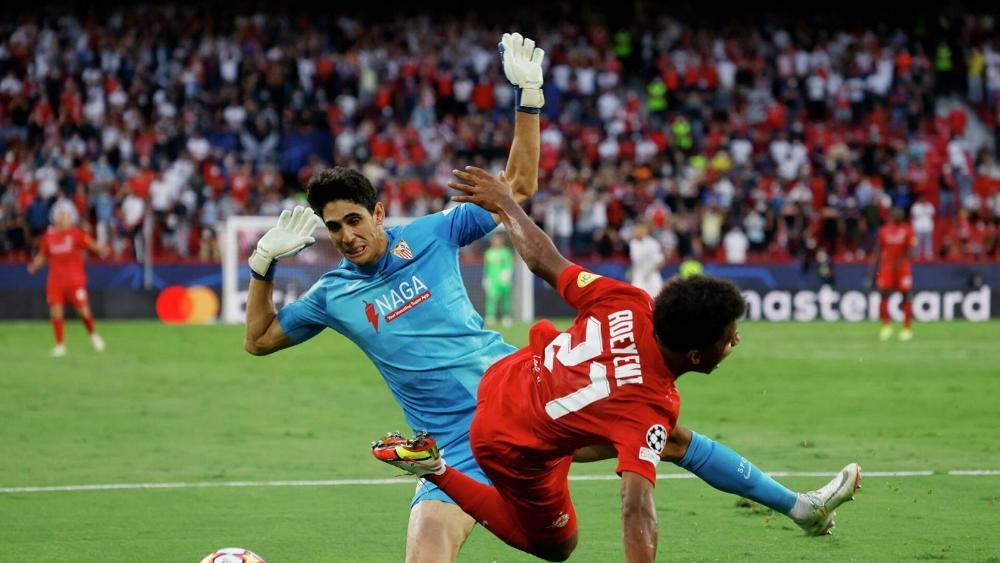 Nothing is certain before the last round in Group G, even who is guaranteed to drop out of the group. We will talk about the match between Red Bull Salzburg and Sevilla, who are in 2nd and 3rd place respectively. Which team will make the playoffs?

Red Bull started this European campaign briskly - a draw and two wins, resulting in seven points after three rounds. But the Bulls suffered two defeats away to Lille (0-1) and Wolfsburg (1-2) in the second leg. Therefore, the Red Bulls are only second in the group. As for the Austrian Bundesliga, business as usual is excellent: first place and a 12-point gap from the nearest pursuer after half a journey.

Sevilla are second in the Spanish championship, eight points behind Real Madrid. The gap to fifth-placed Real Sociedad is two points, but Sevilla have a game in hand. And they are only third in the Champions League. They are one point behind Red Bull Salzburg and two points adrift of runners-up Lille. The gap to last-placed Wolfsburg is also one point. Nothing has been decided yet.

Sevilla's first round was peaceful - three draws, two of which were pulled off by Ivan Rakitic, who converted penalties like clockwork. But in the fourth leg, the Spaniards unexpectedly lost at home to Lille (1-2). That made things very difficult for Julen Lopetegui's side, who managed to snatch a 2-0 win against Wolfsburg. To qualify for the playoffs, all you need is a win. A draw does not even guarantee qualification to the Europa League playoffs.

We believe that the match will be productive because too much is at stake. We cannot be too careful here. So we recommend both teams to score - yes and Total Over 2.5 goals for 2.25. We also reckon that the teams will play aggressively, just like in the first meeting. Because of that, we want to draw your attention to a bet Penalty awarded - yes for 2.55.

We will still believe in a win for the hosts, as they have won their home matches on the group stage. Bet365 gives odds of 3.20 for a triumph for the Austrians.