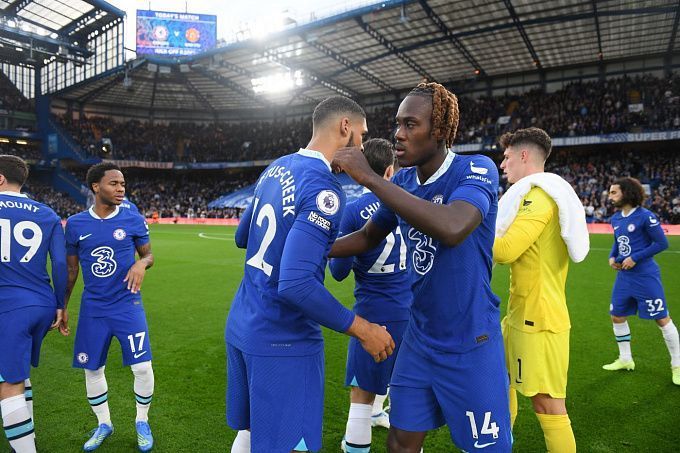 One of the matches in the fifth round of the Champions League group stage will be between Austria's Salzburg and England's Chelsea. The leaders of Group E meet, and if the English team wins the upcoming game, the Aristocrats will guarantee themselves a place in the playoffs and possibly the first position in the group.

After four rounds in the Champions League group stage, the Austrian club is second, one point behind Chelsea and two points ahead of AC Milan and Dinamo Zagreb. The situation in the group is somewhat confusing in that the Austrians must not concede on their home field in any way. In the two weeks since the fourth round, Salzburg has played three matches in domestic competitions. In the Austrian cup, they beat Admira 6:1, beat Austria, and drew against Sturm in the Bundesliga. In the championship, the Bulls are in the top position, two points ahead of Sturm.

After a 2:0 away win over Milan beat Aston Villa in Birmingham, the Blues drew 0:0 with Brentford on the road and failed to beat Manchester United at home ( 1:1). The situation in the EPL has stabilized. Despite being out of the Champions League competition, the Aristocrats are second only to Newcastle on goal difference. But it's unlikely the Blues will be in contention for the EPL title because Arsenal and Manchester City are so good this season. In the Champions League, Chelsea has the leading position in Group E, +1 point from Salzburg and +3 from AC Milan and Dynamo. As written above, if they win in Austria, the Londoners will guarantee their presence in the Champions League playoffs.

All matches involving Salzburg in the group stage of the 2022/23 Champions League ended via TU (2.5), three of the four games involving Chelsea were also draws, and Chelsea's total over was in a home match against AC Milan. The first meeting between our teams ended in a 1:1 draw, but all-knowing bookmakers expect a productive encounter despite all these statistics. Meanwhile, Tuesday's game is a battle for a place in the playoffs and possibly for first place in the group, which is also essential. We predict that the game will be tight and competitive and that even a single goal could be decisive and victorious. We expect the visitors to score the winning goal.