Sevilla vs Borussia Dortmund Prediction: Do not overestimate Dortmund team 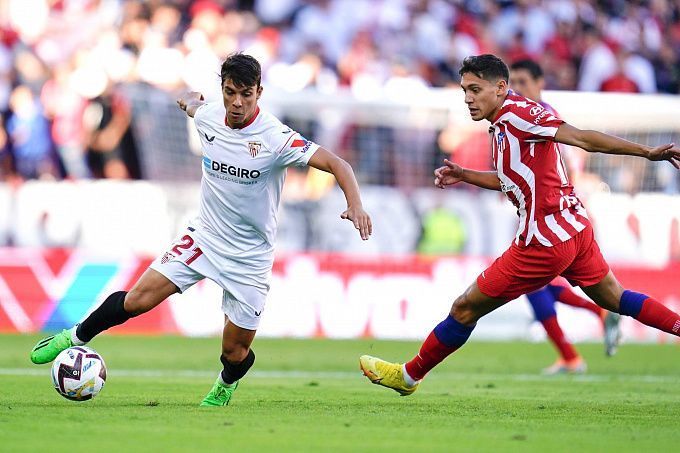 On Matchday 3 of the Champions League group stage, Spain's Sevilla will host Borussia Dortmund. Despite the home advantage, it is the Germans that are quoted as favorites. Sevilla does not have everything working out in the current season, while Dortmund lacks stability, so you can argue with the line offered.

While Lopetegui is still in his position, 17th place in the Spanish championship standings and just one win in the last five games is hardly pleasing both the Sevilla management and the fans of the southern club. In the last round of the Spanish La Liga, Sevilla lost on home field to Atletico, for the third time in a row! Honestly, it is difficult to remember when Sevilla started the season with a draw and three defeats in the first 4 home matches. On the other hand, the Nervionenses lost to the real giants: Barcelona, Man City and Atletico. What upsets Sevilla fans the most is the fact that the Red and Whites failed to score once in their three lost home games. Before the start of the third round in the Champions League, Sevilla ranks fourth in Group G, behind Copenhagen on goal difference. Taking into account that Copenhagen will play against the English in the reporting round, even one point against Borussia will lift Sevilla to third place.

The Black and Yellows' situation is not as bad as Sevilla's. After eight rounds played in the Bundesliga, the team is fourth in the standings, that is a place in the Champions League zone. It's also only two points behind the leading Union and equal strength with Bayern, with which by the way, the BVB will play this coming weekend. In the last four games, Borussia had only one victory over a modest Schalke, the newcomer to the German elite, and the defeats in this period not only against top-seeded Leipzig and Man City, but also against Cologne. It is worth mentioning that the defeat at the hands of the Billy Goats was somewhat disappointing: Borussia took the lead, but failed not only to hold onto it but also keep it a draw. Before the start of the third round, Borussia has three points and a win over Copenhagen.

Sevilla are not thrilling at all, but Borussia are not often pleasing the fans lately, to put it mildly. The Red and Whites have not won a single home game so far, but on the other hand, the Southerners had a really difficult schedule at the beginning of the season. It would be nice for Sevilla to get at least one point. That said, Borussia also shouldn't be overestimated, especially with losses on the squad like that. Here are the betting options for this game: