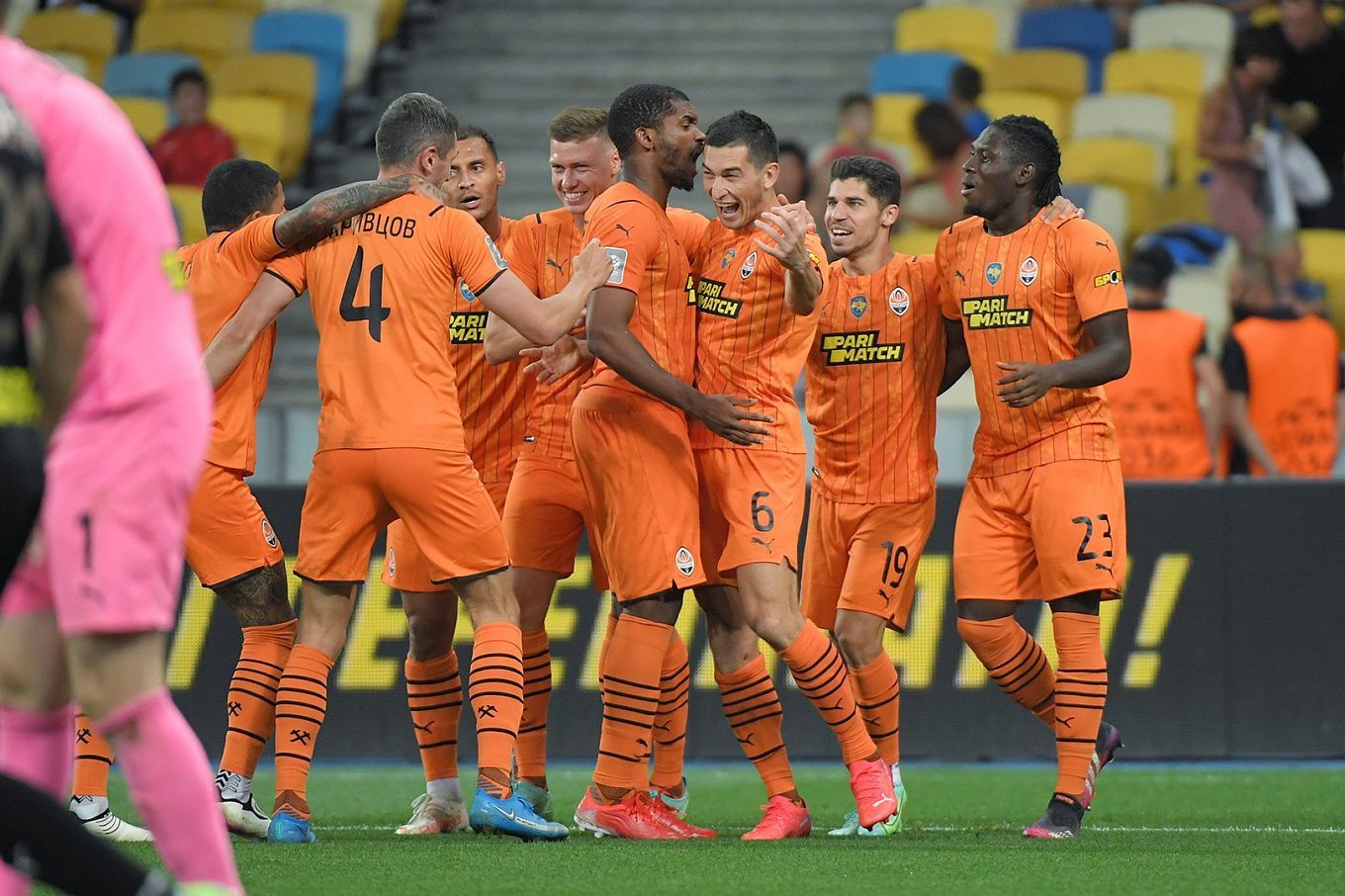 Sheriff players have beaten Shakhtar in their last two head-to-head encounters by a combined score of 7-2. Will the Moldovans be able to upset the Miners again in the upcoming game? We predict that this time the Donetsk club will be stronger!

Sheriff are preparing for a historical event. They will be the first club from Moldova to reach the group stage of the Champions League. This was made possible by a superbly conducted qualification. They were able to pass Albanian Teuta, Armenian Alashkert, Serbian Crvena Zvezda, and then Dinamo Zagreb, thereby creating a real sensation. Yes, the local football federation accommodated the Tiraspol team by postponing their matches in the championship. Still, they have already played five games by the moment, scoring 12 out of 15 possible points in them.

For the first time since 2016, Shakhtar failed to become the champion of Ukraine, letting their eternal rival Dynamo Kyiv ahead of them, so now they had to overcome qualification to qualify for the Champions League group stage. First, the Miners managed to get past Belgium’s Genk, and then they had to fight with Monaco, who had to play extra time, with the decisive goal coming in the 114th minute being scored by 20-year-old Mykhaylo Mudryk. Roberto de Zerbi’s charges are only in second place in the domestic championship, losing to Dynamo Kyiv by three points after seven rounds.

History of head-to-head encounters between Sheriff and Shakhtar

Over the past, the teams have played four face-to-face matches. In 2003, the rivals played in qualifying for the UEFA Champions League, which first recorded a draw - 0-0, and then Shakhtar players were stronger - 2-0. The opponents played twice more in the Commonwealth Cup, and both times Sheriff’s players were victorious - 3-2 and 4-0.

Sheriff and Shakhtar are the two teams that have created a sensation by reaching the Champions League group stage. While such an outcome could still be expected from the Ukrainians, the Moldovans have performed a real feat, becoming the first team of the country to solve such a difficult task. It will be even more difficult for Vernidub’s charges in the tournament's group stage. Also, they have the toughest group, and the Miners are in good form right now and must get three points. You can bet on Shakhtar’s win for 1.94.

It is unlikely that we should expect high efficiency from the upcoming battle. Now Shakhtar are much stronger than Dinamo Zagreb, so the Moldovans are unlikely to be as productive on the counterattack. We will probably see the hosts trying to keep a zero scoreline, but they rarely think about attacking. The Miners are pretty good with defence, and as an away team, they are unlikely to go all out. With this in mind, we see the best option for the prediction is Total Under 2.5 goals for 1.86.

Lassina Traore is Shakhtar’s newcomer, who played for Ajax last season, scoring seven goals in 12 games. An excellent showing that could have earned him a trip to the top flight, but he opted for the Miners, where he quickly found his feet. He has already netted five goals in six games in the Ukrainian Premier League, being the top scorer for the Donetsk club and netting once in the Champions League qualifier. In such a situation, a bet on Lassina Traore’s goal is worth considering at 2.40.