Copenhagen vs PSV Eindhoven: Opponents will once again reach a total over 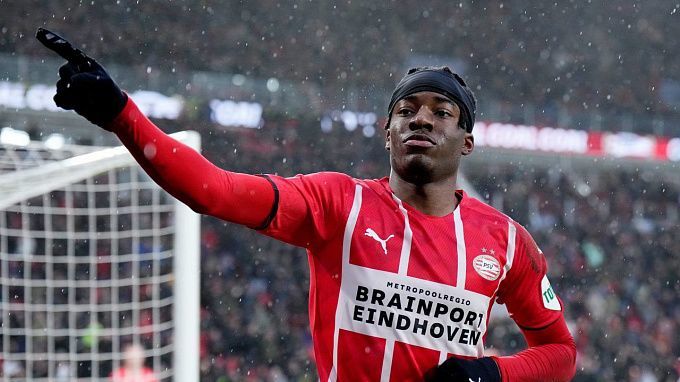 Copenhagen will play host to PSV in the return leg of the Conference League round of 16. Check the team conditions and choose several betting options.

Copenhagen can be satisfied with the result of the first leg of the Conference League round of 16 in Eindhoven. The team were the underdogs, but they gave the hosts four goals! However, they conceded the same number of goals (4:4). Nevertheless, they didn't lose their first away game as underdogs. Now, at home, it will be much easier for Copenhagen.

The first game was a failure for PSV accordingly. The team managed not to lose, but with home support in the Netherlands, they should have won against a lesser-status opponent. PSV lost 1:3 after the first half, so it was not about winning, but about how not to lose. Now PSV has a much tougher task. They must win in Denmark to qualify for the quarterfinals.

In the upcoming match, we won't risk picking a favourite, although the bookmakers see PSV as one of them. However, Copenhagen has pleasantly surprised on the road. At home, they will clearly try to perform even better, and will play only to win. In the first meeting, the opponents scored eight goals against each other. We certainly don't expect such an abnormal performance now, but an ordinary exchange of goals and total over is quite possible. Prediction: Both teams to score + total over (2.5).

Bonus 200 USD
Bet Now!
Odds 8,5
Bet Type Both Teams To Score In Each Half
Bookmaker