Content
To top
1.
Drita couldn't have hoped for better
2.
Antwerp got back in the championship game
3.
Expert Betting Tips
Users' Choice
72 200 USD 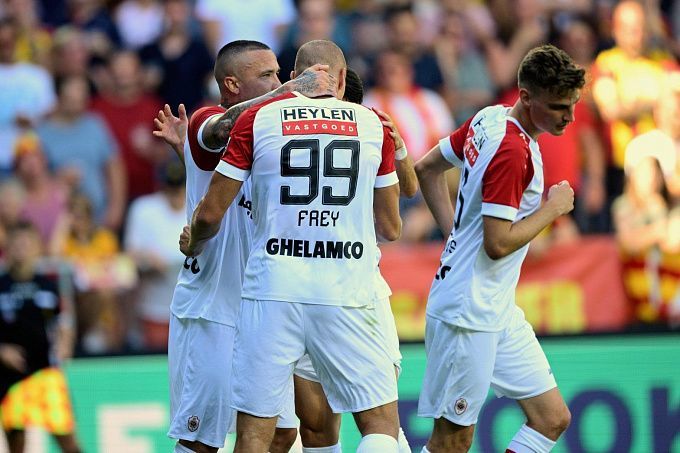 In the first match of the Conference League second qualifying round, Antwerp could not score agaunst the modest Drita, ending the meeting 0-0. Will the Belgians be able to outplay their opponent on their field in Pristina? We will choose several bets at once.

Drita couldn't have hoped for better

One could hardly expect the team from Kosovo to achieve at least a draw in Antwerp. But the fact remains. Drita took away from Belgium more than acceptable 0-0. Interestingly, at the end of the first game, the Kosovars managed to put more shots on goal than their strong opponent, 5-4. Although the Belgians had a total advantage in shots on goal, 28-7.

Antwerp got back in the championship game

A nil tie in the first game with Drita was, of course, a huge disappointment for Antwerp. Fortunately before the return leg in Kosovo Mark Van Bommel's team managed to improve their mood, beating Mechelen 2-0 away in the national championship. In the middle of the first half, Swiss forward Michael Frey scored a double in four minutes. It was the first round of the new Belgian championship, which last year No.4 began with a victory.

The failure in the first game against Drita happened most likely due to the banal underestimation of the opponent. In the return game, the Belgians are going to make up for lost ground and score a routine victory over a modest opponent, making their way into the next qualifying round. Any other scenario, at least, is not at all believable.