Gomel vs Aris Prediction: The Belarusians won't be able to cope with the Greeks in the second match as well 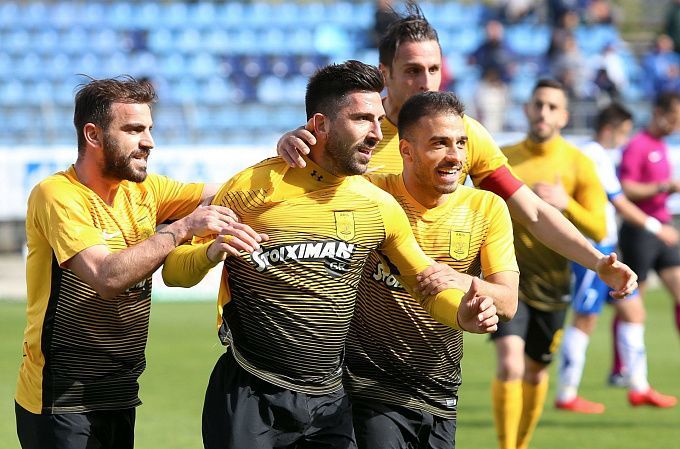 On 27 July 2022, Gomel will face Aris in the return leg of the 2nd qualifying round of the UEFA Conference League. Check the team conditions and choose several betting options.

Gomel returned to the elite of Belarusian football only last season, but immediately almost interfered in the fight for medals, finishing fourth in the standings. This championship is less successful for the team, who are only eighth in the table, but they won the domestic cup in May, which allowed them to qualify for the UEFA Conference League. They played their first game in Greece against Aris and even opened the scoring early in the encounter, but then conceded five unanswered goals (1:5).

Aris is the three-time Greek champions, except that they won their last title back in 1946, and in modern history the bronze medal is their best result. By the way, they finished third last season as well. If you look at the squad of the Black-Yellows, it is impressive. Andre Gray is an experienced attacker in the EPL. Young Rafael Camacho is sure to grow into a talented footballer, while Juan Iturbe, 29 years old, has played for Porto, AS Roma and Torino. The Greeks also signed Gervinho. The whole team destroyed Gomel in the first leg of the encounter (5:1).

Gomel and Aris are completely different teams. At the very beginning of the match, Gomel tried to put the favorites under pressure and even scored a quick goal, but it only made the Greeks angry. Five unanswered goals put the Whites in their place. We would expect the Yellow-Blacks to lack tournament motivation to challenge their opponents in the return game, but the Greek season hasn't started yet, so German Burgos's charges will look to gain form through the game with Gomel. As a result, we suggest betting on the victory of Aris with handicap (-1.5) at odds of about 1.875.

In the first match of the encounter, we saw Gomel would not stay on the defensive. It led to a big defeat (1:5), but Gomel didn't hesitate to come out on the counterattack and even scored once against Aris. At the same time, the Greeks have a strong attacking lineup. All of this promises another goal feast, and the best option for the prediction is a total over 2.5 goals at odds close to 1.83.

The second round of the encounter was supposed to take place on Gomel's field, but in fact it will also take place in Thessaloniki, where overcrowded stands will push Aris into action from the very first minute. In the first meeting, the home support slightly embarrassed the Greeks, who conceded as early as 11 minutes, but by 31 minutes they had already scored three goals against the Belarusian club. We can expect a tense game from the very first minutes, as this encounter has no tournament significance. In such a situation, it is worth looking at a bet on the fact that the first goal in the match will take place from 1 to 30 minutes, with odds of about 1.725.