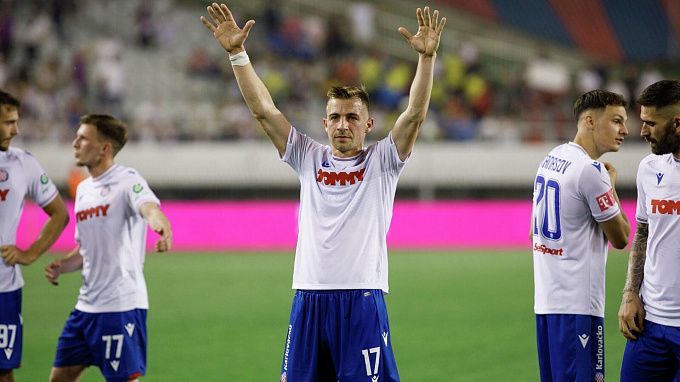 One of the most exciting matches in the third qualifying round of the Conference League is Hajduk Split against Vitoria Guimaraes. Check the team conditions and choose several betting options.

After four years, the club from Split returned to the top of the Croatian league after last season. Hajduk finished second, behind only Dinamo Zagreb. Unfortunately, this excellent result only allowed Split to qualify for the Conference League, where the team will start against Vitoria.

Ahead of their opening European Cup game, Hajduk played their second successive away win over Varazdin (2:0).

While Hajduk will play their first match in the new European Cup campaign, the Portuguese side started from the second qualifying round. Vitoria confidently beat Puskas Akademia (3:0 at home and 0:0 away). Apart from those matches, Guimaraes has yet to play a single game in the new season.

The last time Vitoria played in European competitions was in the 2019/20 season when they finished last in the Europa League group with Arsenal, Eintracht Frankfurt, and Standard Liege.

Hajduk hasn't lost a single game in the new season, losing only in a penalty shootout to Dinamo Zagreb in the Croatian Super Cup (0:0) and twice winning with a score of 2:0 in the national championship. It looks like the club from Split has every chance of securing a positive outcome in the upcoming game. Although a convincing win for Hajduk is unlikely. Guimaraes is an experienced team from a solid Portuguese championship and can take an acceptable draw from Croatia before the return leg.