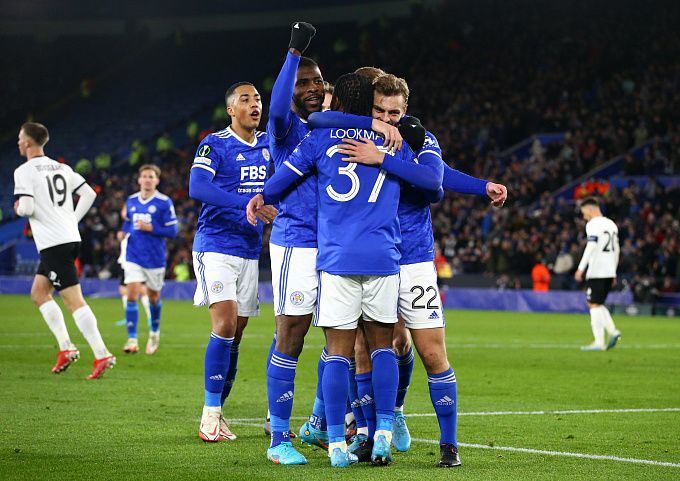 Leicester City will host Rennes in the UEFA Conference League round of 16. Will the teams have a productive game at the King Power?

In the previous round of the Conference League, Leicester City played two games against the Randers. The team under Brendan Rodgers showed the best qualities in both matches. The Foxes defeated their opponent 4-1 at home and were stronger on the road, 3-1. In the last two EPL matches, Leicester also showed a good game and scored two wins to nil. Rodgers' players achieved a minimal advantage over Burnley and sent two unanswered goals to Leeds United. Thanks to these results, the club rose to 12th place in the EPL table.

Rennes starts their performance in the Conference League from the current stage. The French club approaches the game against Leicester after three good matches in Ligue 1. First, Rennes left no chance for Trois (4:1). Then there was a successful trip to Montpellier and the victory with a score of 4-2. The previous weekend Rennes sent two unanswered goals to Angers. The team is in fourth place in the French championship standings, two points behind second-placed Nice.

The teams will hold their first face-offs in the playoffs of the Conference League.

This season, Rennes had time to try their hand in the Champions League, but the French club was not been able to show their best qualities. Considering the overall form of both teams, Rennes looks much preferable to Leicester, which has been showing mediocre soccer this campaign. Rodgers had a lot of problems during the season, but now the Foxes are gradually getting back to their best form. This will definitely have an impact on the effectiveness of their upcoming encounters with the French. I believe that the game in England will be productive and suggest betting on both clubs to score and total to be over.