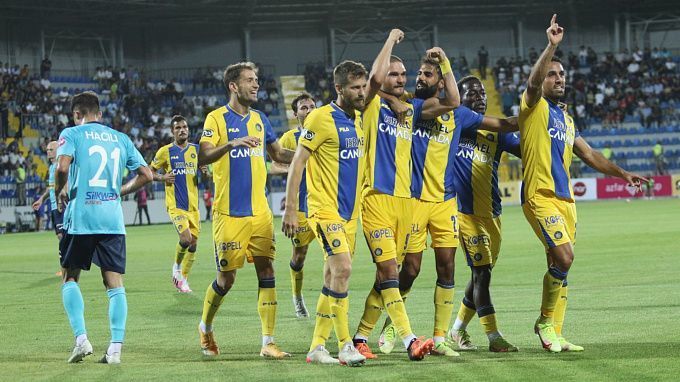 Maccabi Tel Aviv will take on Zira in the return leg of the Conference League second qualifying round. The first encounter ended 3-0 with Maccabi Tel Aviv winning. Let’s see how the opponents are doing & what the best bet is. There are several options for you to consider!

Maccabi Tel Aviv performed quite well in the last season of the Israeli championship, scoring 69 points and taking third place in the table. As for the first meeting in the Conference League qualifying, Maccabi Tel Aviv managed to defeat Zira 3-0 in Azerbaijan. The Israeli club led 2-0 already by the 22nd minute and scored the third goal in the 54th.

Zira became the third in the last season of the championship in Azerbaijan, scoring 47 points in 28 rounds. The team also reached the final of the Azerbaijan Cup, only to lose to Karabakh in a penalty shootout. Zira's first match in Conference League qualifying was a major setback as they lost in front of their own fans.

The experts believe that Maccabi Tel Aviv can get an easy victory in this meeting, and we agree with them. The Israeli club won in Azerbaijan by a landslide, proving their class advantage. We think they will show their best soccer with the support of their fans. That is why we bet on the home team's victory in the first half and in the match.

Prediction: Maccabi Tel Aviv to win the first half & the match for 1.72.