Content
To top
1.
It's been a While Since Molde Made it to the Group Stages
2.
Elfsborg has the Same Story
3.
Expert Betting Tips
Users' Choice
62 200 USD

Molde vs Elfsborg Prediction: the Norwegians to Outplay the Swedes 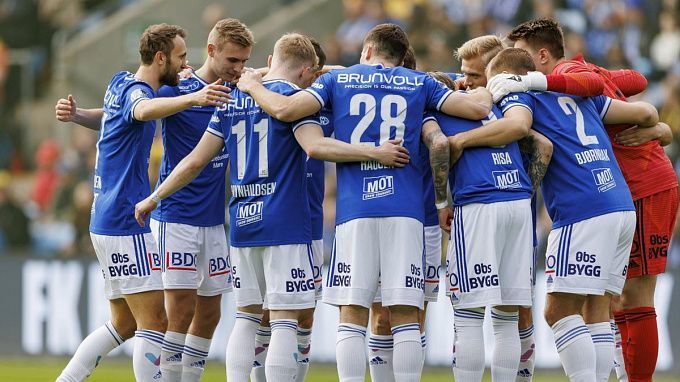 Prediction for the Conference League Molde vs Elfsborg qualifier, which will take place on July 21. Another match-up in the second qualifying round of the Conference League is a northern derby. Norway's Molde will face Sweden's Elfsborg. Let's choose a few bets on the first game. Who will turn out to be stronger? Check the team conditions! Several betting options are available.

The last time one of the strongest clubs in Norway participated in the group stage of the European Cup was in 2015/16 season. At the time, the team took a lead in a difficult group against Ajax, Fenerbahce and Celtic, but dropped out of in the first round of the playoffs by Sevilla. Since then, Molde has repeatedly failed to qualify for European tournaments.

Championship of Norway is held in the spring-fall, so it is in full swing at the moment. After 15 weeks, Molde with 33 points shares first line with Lillestrom. In the previous round, the team under Erling Moe, defeated Haugesund 1:0 at home.

Elfsborg has the Same Story

Like Molde, Elfsborg in recent years is one of the strongest clubs in the country and almost every season they claim high places. But in European competitions the team does not shine. The last time the club made it to the group stage even earlier than Molde - in the UEL 2013/14 season. Back then, the Swedes earned 4 points and finished third in the quartet with Red Bull Salzburg, Esbjerg and Standard de Liege.

In the current round of the Swedish championship, which, like the Norwegian one, is held in the spring-fall Elfsborg performs poorly so far. After 14 rounds, the team under Jimmy Thelin, sits in ninth place with only 20 points. In the previous round, Elfsborg lost to Hammarby, 0:3, on the road.

Molde looks more powerful than Elfsborg. It is no coincidence that the former is leading in the home championship, while the latter is in the middle of their league table. The European Cups are of great importance to such a poor club, so it is unlikely that the more ambitious Molde will allow Elfsborg to take away at least a draw from the trip to Norway. Prediction: a victory for Molde.