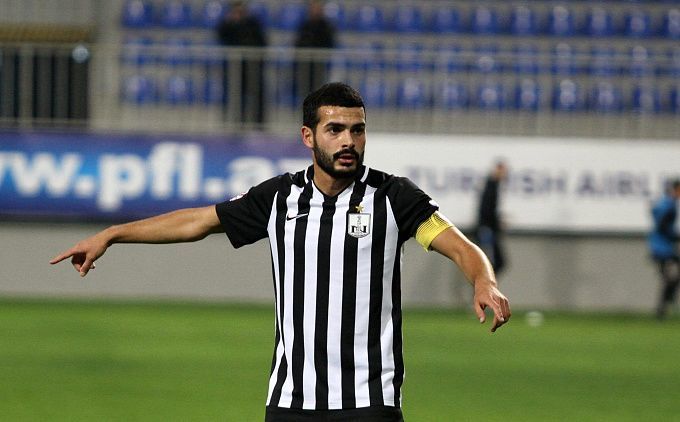 On July 28, Bakcell Arena in Baku will host a 2nd qualfiying round match of the Conference League, with the local Neftchi taking on Aris of Cyprus at 20:00 (UTC+3).

Neftchi is one of the most decorated teams in Azerbaijan, which has become the champion of the country for nine times. Black and Whites won the last trophy in the 2022-21 season, but they failed to defend the title. According to the results of the last championship, they became only second with a cosmic 19 points behind the leader. The Oil Workers have already played one official match this summer: in Cyprus, they suffered a 0-2 defeat at the hands of Aris in the 2nd qualifying round of the UEFA Conference League, while they failed to create anything in the attack. Obviously, with such a game, the Azeris will find it hard to count on their final success.

Aris Limassol is a very experienced club, with almost a century of history, but they have never been at the European stage before. Last season, after finishing fourth place in the Cyprus championship, Aris managed to qualify to the UEFA Conference League for the first time. Before the start of official matches, the Light Brigade had time to hold a number of friendly games: they defeated Thessaloniki and Dnipro 1-0 and 4-2, respectively, and lost to Slaven and MOL Fehervar 2-4 and 1-2, respectively. It seemed that the players of the Cypriot club would have some anxiety in their first European competition game, but there was nothing like that, they had no trouble defeating Neftchi 2-0.

Throughout their history, the teams have played only one head-to-head encounter. It took place a week earlier in Cyprus as part of the first leg of the 2nd round of UEFA Conference League qualifying. The local Aris defeated Neftchi 2-0.

Neftchi is a regular European competition participant and the first Azerbaijani club to reach the group stage of the Europa League. Neftchi have plenty of international experience, but for Aris, this qualifier is the first European game in the club's history. Yes, the Cypriots were able to achieve success in a home match on emotion and motivation, but they will hardly be able to play as good in Baku. Laurentiu Reghecampf's players always prove great on their own field, so now we should bet on the victory of Neftchi at odds of about 1.90.

There is a high probability that in the upcoming match we will see a higher output than in Cyprus. We all know that the away goal rule was abolished since last season, so Neftchi can attack the Aris goal without excessive fear, because any conceded goal in the home field does not count for two anymore. The Azerbaijani club needs to regain the difference of two goals, so it is unlikely they will concentrate on defense, and the Greens are able to play great on the counterattack, so the best option seems to be Total Over 2.5 goals at odds close to 2.25.

Neftchi had an unconvincing start against Aris, but the Azerbaijani team clearly does not look worse than the Cypriots in terms of their capabilities. For this reason, Laurentiu Reghecampf's side will need to attack from the very first moments of the return leg to open the scoring as quickly as possible and make their less experienced opponent nervous. Obviously, the hosts are not interested in the slow pace and cautious soccer, so they obviously will not delay with decisive actions, and to bet on that the first goal in the match to take place from 1 to 31 minutes inclusive is available at odds of about 2.05.

Bonus 200 USD
Bet Now!
Odds 2,00
Bet Type First Goal To Be Scored Up To And Including 30th Minute
Bookmaker