Randers vs Leicester City: the Foxes to beat the Danish club again 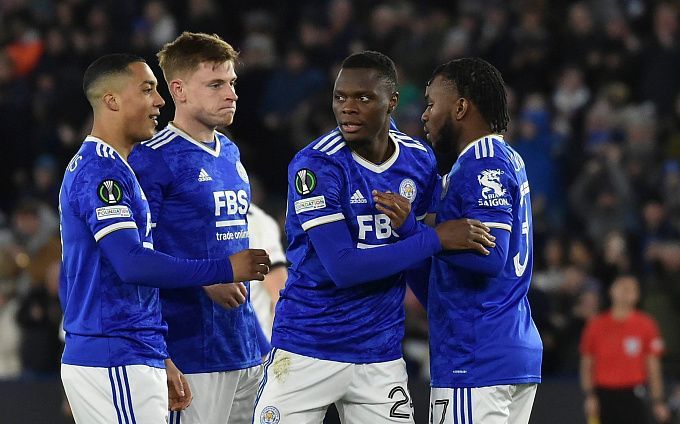 Randers will host Leicester in the return leg of the Conference League round of 32. Let's see how the opponents are doing & what's best to bet on! There are several options for you to consider!

At the group stage of the Conference League, Randers was in a quartet with AZ Alkmaar, Jablonec and CFR Cluj. Not that smoothly, but the Danish club made the playoffs from second place. The first match against Leicester in England saw Randers lose as expected, but no one could have thought it would be a blowout (1-4). Now it'll be a miracle for the team to make the round of 16.

Leicester found themselves in the Conference League after a not very good performance in the Europa League. In the group with Spartak, Napoli and Legia, Leicester finished only third. But the team got off to a flying start in the third strongest European competition. Defeating Randers in the first leg (4-1) gave Leicester a great advantage before the trip to Denmark, but they should not relax either.

Leicester is an experienced team with great ambitions. The players are well aware that there's no way for them to make mistakes in Denmark because even at 4-1 it is possible to crumble and concede a lot of goals. Accordingly, we do not expect the Foxes to "rest" on the field. We think they'll put up a good fight and once again defeat Randers. Of course, we don't expect a blowout this time.