Slavia Prague vs Panathinaikos Prediction: Prague will be able to bounce back 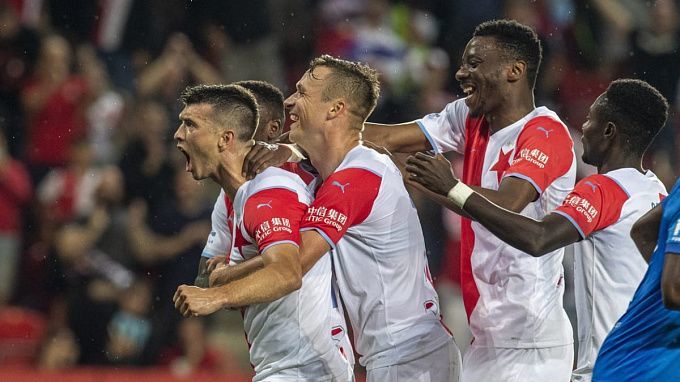 One of the toughest fixtures in the third qualifying round of the Conference League is Slavia against Panathinaikos. The first game is in Prague. Check the team conditions and choose several betting options.

Ahead of the game against Panathinaikos, Slavia opened the national championship. The Prague side unexpectedly lost on the road to Hradec Králové (0:1). Before that defeat, Slavia had very confidently passed the second round of the Conference League qualification, literally demolishing the humble St. Josephs of Gibraltar (4:0 away, 7:0 at home). For Hradec Králové, the goal limit was over.

A few years ago, the team was disqualified from European competitions for violating financial fair play. Now the suspension has ended, and one of the most famous football clubs in Greece and Europe has returned to the international arena.

Overall, Panathinaikos is going through some tough times right now. The last time the Greens won the national championship was 12 years ago. Last season, under Serbian Ivan Jovanovic, the former coach of Cyprus's APOEL, with whom he reached the quarter-finals of the Champions League, the team finished fourth in the Greek Super League and returned to the European arena for the first time since 2017/18.

Slavia made an unexpected start to the Czech championship and will be additionally motivated in their European Cup encounter against Panathinaikos. The Prague side will likely be able to bounce back. Their opponents, especially in an away game, don't seem like strong opponents right now. In addition, Slavia needs to gain an advantage before they go to Greece.