Slavia vs Feyenoord: The rivals will have another productive game 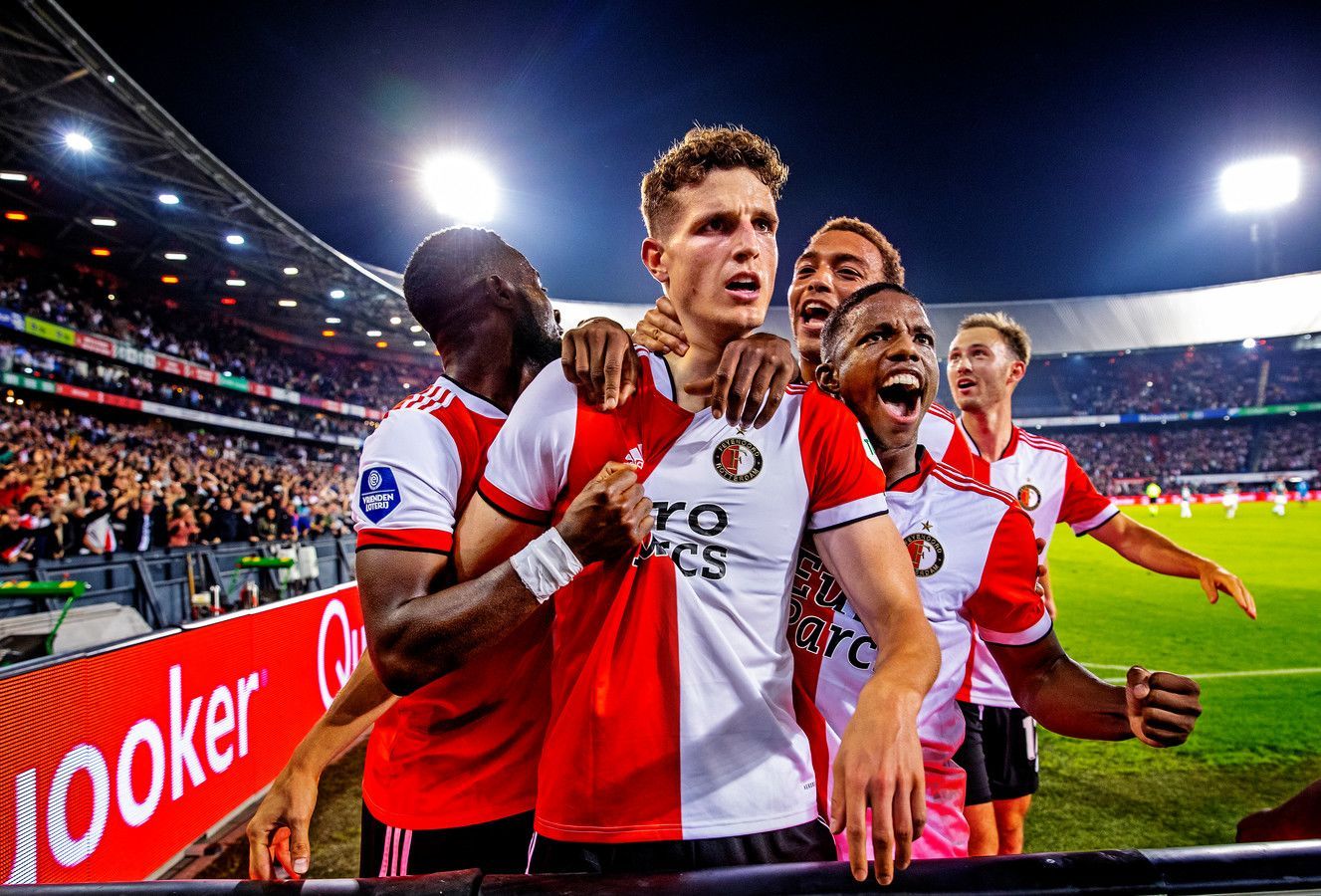 In the first leg, Slavia and Feyenoord played out a 3-3 draw. Will the return leg be equally goal-packed? We predict that there will be no problem with scoring again!

Slavia have been Czech champions for the last three years. At the end of this season, the Red and Whites again have all the chances to win the title, as after 28 carried out rounds, they are leading in the standings ahead of Viktoria by one point. They played head-to-head in early April, falling to a 1-1 draw, before Jindřich Trpíšovský’s men crushed Pardubice 4-0 last time round. The Czech side has also been playing great in the Conference League, reaching the quarter-finals where they snatched a 3-3 draw from the Netherlands in the first leg which gives them a good chance of progressing to the next round.

Last season did not go well for Feyenoord as they finished only fifth in the Dutch league, but they have made tangible progress in the current league, currently sitting in third place in the standings. Last weekend, they took on Heracles 4-1, and that only strengthened their position. The Red and Whites have been in the Conference League play-offs since the last eight, when they demolished Partizan 8-4 on aggregate, but missed out on a 3-3 draw against Slavia in the first leg of the quarter-final.

Slavia and Feyenoord have already played three times in the current Conference League draw, with each new battle between the teams turning out to be more and more effective. In just three games, the teams have already scored a combined total of 13 goals (4.33 goals per game on average), which is a very respectable figure. Such goal-scoring activity should come as no surprise because both teams are also active in the domestic league. The Prague side has scored 66 goals (2.36 average per game) in 28 games in the Czech Republic and the Rotterdam side has scored 67 goals (2.31 average per game) in 29 meetings. As a result, a bet on Total Over 3.5 goals for 2.49 begs to be placed.

As for the winner of the upcoming confrontation, the representatives of Rotterdam, who have a more powerful and skillful squad, have a better chance of success. The level of the Dutch championship is noticeably higher than that of the Czech league, so Arne Slot’s charges are used to playing status matches, which is a big help for them. Yes, Slavia have also made great strides in recent years, but it will be extremely difficult to take on such a tough opponent. With that in mind, we see Feyenoord’s qualifying for 1.80 as a good bet.

Luis Sinisterra shows the highest level of football in the Conference League. In his 14 appearances this season, the Colombian forward has already scored nine goals and added six assisted points, so he is on average more than one action per game. Of course, such a productive performance allows the 22-year-old to be the top scorer in the tournament. He has also been productive in the Dutch league, having already scored 11 goals, so a bet on Luis Sinisterra’s goal is worth considering at odds of around 3.24.