Twente vs Fiorentina Prediction: the Lilies Won't have an Easy Walk 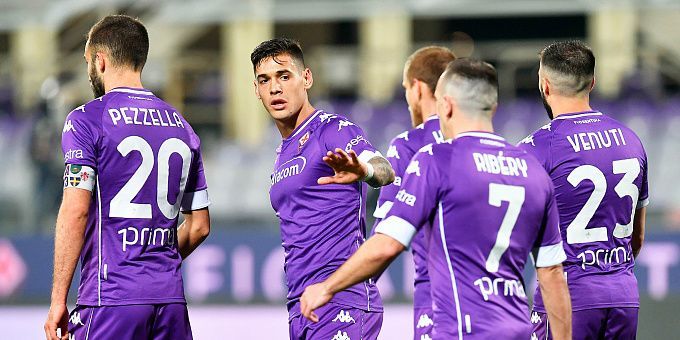 Prediction for the Conference League Twente vs Fiorentina qualifier, which will take place on August 25. Who will turn out to be stronger? Check the team conditions! Several betting options are available.

Twente's path to Conference League qualification began with the semifinals, where they easily defeated Cukaricki, winning the series 7-2. In the final, however, the team met with disappointment in the form of Fiorentina. The Italian club outclasses the Dutch one. Still, in the first game held in Italy, Twente showed themselves very well. Though they failed to bring the game to the home stadium with a draw, a one-goal loss is a decent result.

It is also worth noting the confident start of Twente in the national championship. In the first round, they beat Nijmegen (1:0) and then crushed Fortuna, scoring three unanswered goals. Thus, the team made it clear that they will fight for at least a Europa League ticket this season.

Last season, Fiorentina was one step away from a direct spot in the Europa League, but they were a bit unlucky. The team ended up in seventh place, one point behind Roma. In the first match against Twente, the Lilies did not show the playing that was expected. At home, the Italian club had to gain a big advantage and go into the return meeting with confidence, but something went wrong - the victory with a minimal difference (2:1).

Fiorentina performed well at the start of the new Serie A. In the first round, they earned three points, beating Cremonese 3:2. But in the second round against Empoli, we saw a dismal scoreline of zeros.

Analysts couldn't decide on a favorite, and we agreed entirely. Yes, Fiorentina is somewhat of a higher class, but we saw quite the opposite. In the return game, the Dutch club will not sit in defense. They lack one goal and should seize the chance at home. Fiorentina will not sit back either, as the one-goal advantage is very precarious. Therefore, we do not doubt that the opponents will score at least once. Prediction: both to score.