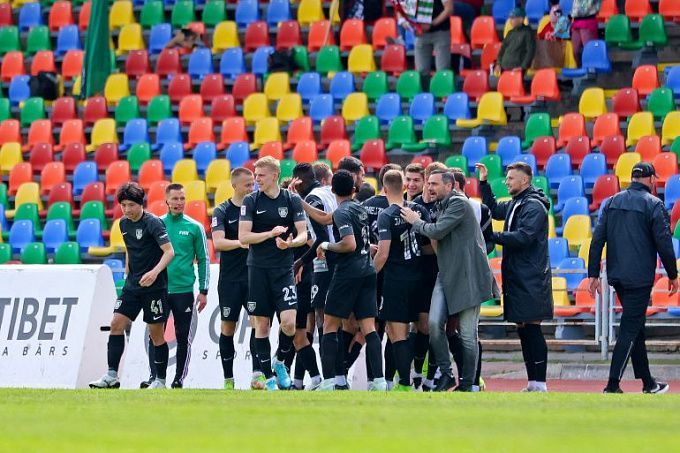 Latvia's second team, Valmiera, will begin their journey into Conference League qualification with Macedonia's Shkendija. Will the Latvians be stronger in their first home game?

The club from the city of the same name improves its performance every year. In the Latvian championship, Valmiera finished fourth and third, while in the previous edition they finished in second place. However, victories in the domestic arena haven't helped the team to succeed in European competitions so far. This campaign is the third in a row for Valmiera. In the first contest Latvia lost to Lech, in the second they failed to overcome Suduva in the opening qualifying round.

Last weekend, Valmiera beat BFC Daugavpils (5:1) in the Latvian championship. In the championship standings, after 21 rounds, the team is in first place with a 5-point lead.

Twice in their history, the Macedonian team has been one step away from the group stage of the European competitions. The last time was in the 2018/19 season, when they lost in the final round of Europa League qualification to Norway's Rosenborg. Last season, the team was already eliminated in the second round of the Conference League, failing to beat Latvia's Riga.

In the first qualifying round of the current competition, they beat Armenia's Ararat (2:0 at home and 0:0 away).

Shkendija is not such a strong team, which, in particular, was knocked out of the Conference League last season by Riga. Is today Valmiera stronger than last year's Riga? It would seem so, considering Valmiera's lead in the Latvian national championship standings. Valmiera must beat the Macedonians in the first game and ensure a comfortable lead before the away game.