Content
To top
1.
Zrinjski Mostar is the Сhampion of Bosnia and Herzegovina
2.
Tobol - the Champion of Kazakhstan
3.
Expert Betting Tips
Users' Choice
87 200 USD

Zrinjski Mostar vs Tobol Prediction: the Bosnian Champion to Beat the Kazakh Champion 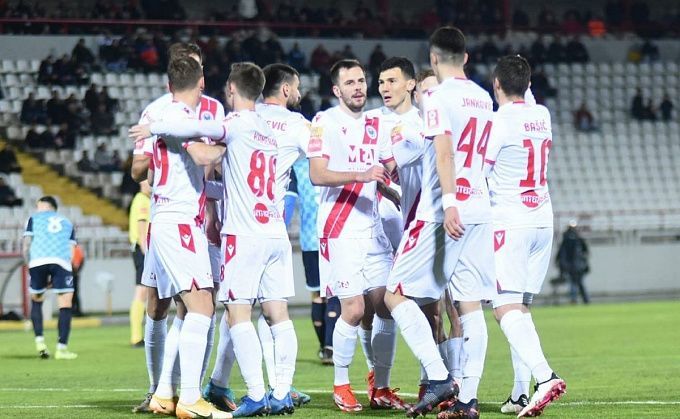 Prediction for the Conference League Zrinjski Mostar vs Tobol qualifier, which will take place on August 4. Who will turn out to be stronger? Check the team conditions! Several betting options are available.

Zrinjski Mostar is the Сhampion of Bosnia and Herzegovina

For this reason, the team began the current European Cup campaign in the Champions League. True, they managed to hold only two games, failing in the first qualifying round with Moldovan Sheriff - 0:0 at home, 0:1 away. Zrinjski moved to the Conference League, defeating Tirana - 1:0 away, 3:2 at home before meeting with Tobol.

Last weekend, Mostar smashed Leotar Trebinje (4:1) in the championship of Bosnia, scoring two unanswered goals in the 14th minute of the game.

Tobol - the Champion of Kazakhstan

Last season ended in triumph for Tobol. The team won the championship of Kazakhstan, the second time in its history and for the first time since 2010. This result allowed them to start in the new European Cup in the Champions League. But Tobol dropped out, losing in the first round of qualification to Ferencvaros under Stanislav Cherchesov - 0:0 at home, 1:5 away. After that, Tobol easily outplayed Lincoln Red Imps of Gibraltar - 2:0 at home, 1:0 away.

On the eve of the trip to Bosnia, Tobol had a match in the Cup of Kazakhstan, falling on the road to the club Maktaaral - 0:1.

Tobol quickly overcame the barrier of Gibraltar Lincoln in the previous round. But Zrinjski Mostar is on an entirely different level. If the Bosnian club was a little luckier, they could well leave Sheriff behind and stay in the Champions League. So winning over Tobol and taking the first home match is a must for Mostar.  Prediction: the victory of Zrinjski Mostar.