France vs Germany: The main match of the group stage 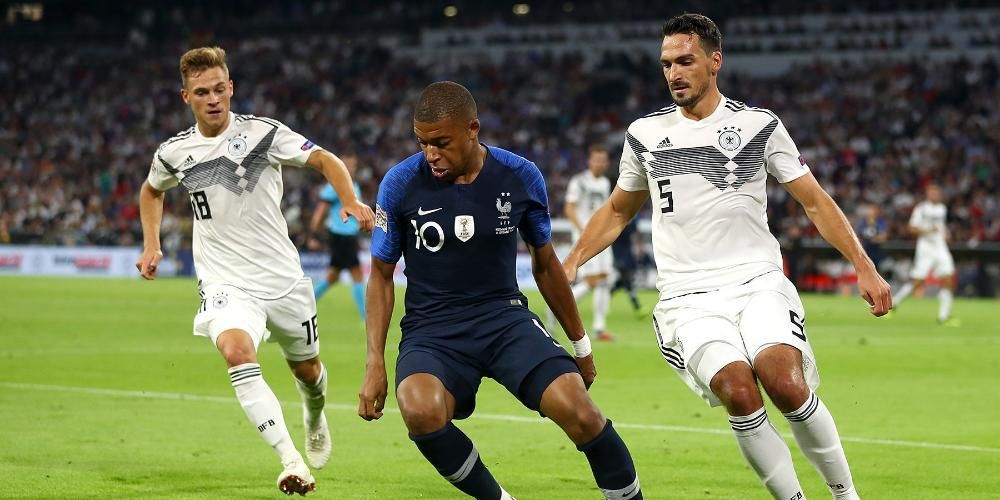 The group of death will close the first round of the group stage, and namely the central match of the entire group stage between the last two world champions France and Germany. The loser will make their chances of making the playoffs more difficult. Who will take the first step out of the group?

France start their campaign with arguably the toughest match of the tournament, away against the Germans. The French approach the Euro as the main favourites. Didier Deschamps’ side have been more than confident in their recent friendlies ahead of UEFA EURO 2020, beating Wales and Bulgaria 3-0 on aggregate. In the Bulgaria game, Karim Benzema got injured, but he is fine. But Olivier Giroud, who replaced Benzema, proved to the head coach his willingness to play in the starting line-up, scoring two goals in the dying stages of the game. The squad has not weakened compared to the trio in Russia. Therefore, we expect new feats from the French and, at the very least, a repeat of the previous performance at the Euro. But for that, they need to prove their superiority in the group of death.

This is the last tournament for Joachim Löw and he wants to leave the national team on a good note. To that end, he brought back Thomas Müller and Mats Hummels. But that was not successful in the match against the Danes, which ended in a 1-1 draw. However, the Mannschaft were then able to crush the Latvians 7-1.

With the squad that Joachim Löw has at his disposal, the Germans must fight for promotion to the final. We would remind you who some of the top players are listed for the Euro: Thomas Müller, Serge Gnabry, Leroy Sane, Kai Havertz, Toni Kroos, Leon Goretzka, Jamal Musiala, İlkay Gündoğan, Joshua Kimmich, Mats Hummels and Manuel Neuer. Admittedly, some players have performed below their expectations this season. This may also affect the final result of the Germans, who have not yet emerged from their crisis. The Euro will show what the Germans are capable of doing.

We believe the match will end in a draw, as France are the visitors. Yes, they are the favourites for the meeting with a slight lead, but the Germans will own the initiative. But with Timo Werner, the old Thomas Muller, and also Serge Gnabry not showing even half of his capabilities compared to last season, it will be difficult to break through the French redoubts. Therefore, our prediction would be a draw for 3.24.

We also don’t think there will be many goals in the game, as the cost of a mistake in the group of death is very high from the first round. Therefore we recommend betting on Total Under 2.5 goals for 1.81.

Despite the outcome we have predicted, we believe the French will be closer to victory as the killer instinct has gone nowhere during Didier Deschamps’ tenure at the helm of the French team. Bookmaker Melbet gives odds of 1.85 for French handicap 0, meaning that if the French draw, your money will be returned to your account, and if they win, then your bet will be credited.

Salernitana vs Juventus Prediction: Can the Bianconeri avoid similar difficulties in the away game against Salerno?