Germany vs Hungary: The German side are confident of beating the Hungarians 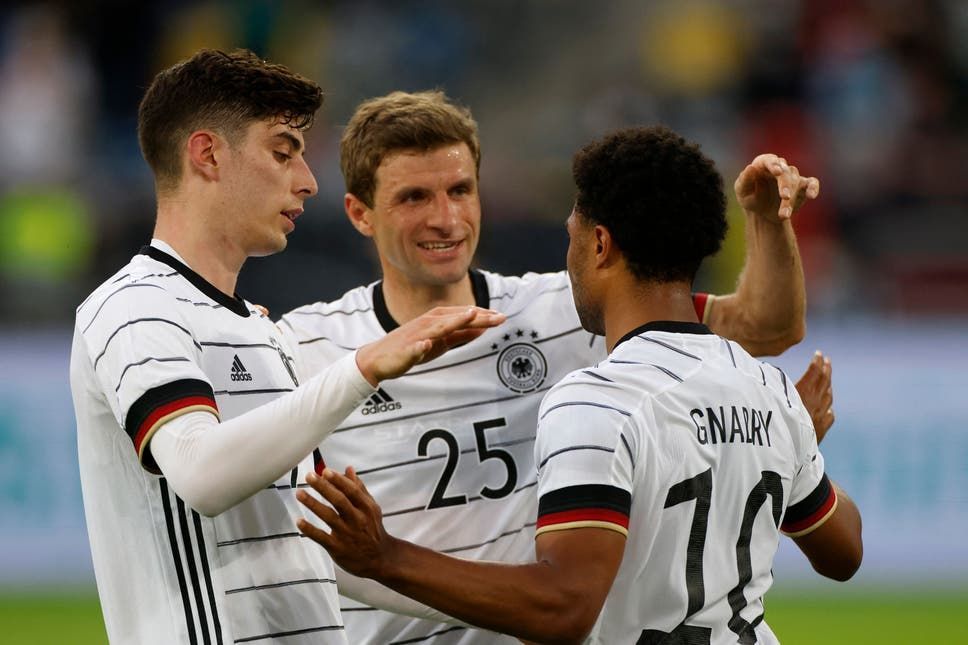 Germany had an excellent second round, confidently beating Portugal 4-2. Joachim Löw’s team showed that they should by no means be written off. Nevertheless, their fight to qualify from the group stage is not yet over. The Germans’ last opponent in the first leg is Hungary, who had not only managed to snatch points from the French (1-1) in their previous game but also held a 0-0 lead in the first leg against Portugal until the 84th minute. Will the Hungarians be just as good this time?

Few would have expected the Germans to win against Portugal at all, but Joachim Löw’s side not only scored 3 points but did so in brilliant attacking style, 4-2. Now all the German side have to do to qualify for the play-offs is not to lose to the Hungarians.

In the encounter with Portugal, the Germans had two excellent segments. The first half ended with two Portuguese goals before Havertz and Gosens netted the equaliser early in the second half. If Germany continue to produce such excellent performances, they could be well placed to make the play-offs.

In the second leg, the Hungarians managed to snatch points from mighty France. Of course, the French possessed the ball more and created many dangerous chances, but they only scored in the dying stages of the match. The only goal for Hungary was scored by Attila Fiola at the end of the first half, so Marco Rossi’s team had a chance even to win.

It is hard to imagine that Hungary will be able to fight their way out of the group in the end. The stakes are high for a draw. And in the first leg, the Hungarians only allowed the Portuguese to break through their defence in the 84th minute.

A draw against France may be Hungary’s only real achievement at this Euros. The level of Marco Rossi’s team and the rest of the representatives in Group F are completely different. Germany, on the strength of their success against Portugal, can also play a very good game against Hungary. Our prediction is a convincing win for Germany.