Ukraine vs Austria: Going against the bookies and bet on the unexpected 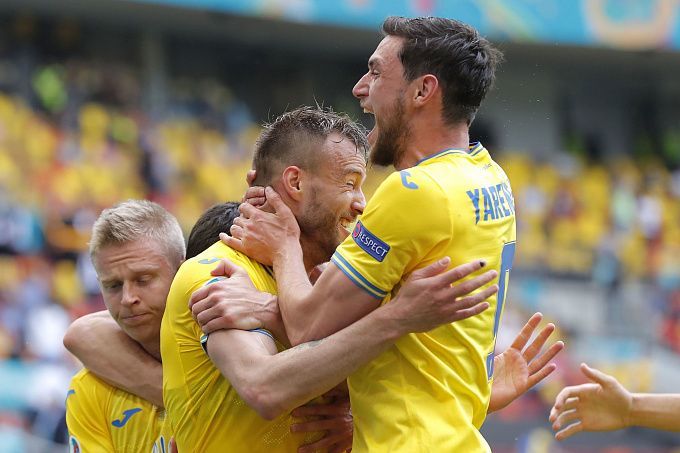 In the match Euro 2020, the national teams of Ukraine and Austria will play. Who will be stronger? Let's break down the teams' form and advise on what to bet on. We will offer several options for betting at once!

Ukraine leaves only a positive impression. It is very pleasant to watch the team play. Moreover, the soccer set by Andriy Shevchenko is paying off. Although the Ukrainians lost to the Dutch in the first match, they looked great - no fear, they recouped 0-2, but the draw could not hold, conceding in the end (2-3). Then there was the match against North Macedonia, where they got a win (2-1), albeit not without problems. However, if Ruslan Malinovskiy had scored from a penalty kick on 84 minutes, this victory could even be called a sure thing.

The layout of Ukraine is as follows. After two rounds it is second in the table with three points. Everything is very simple - today it needs not to lose to keep this place. In the case of a loss Andriy Shevchenko's team will become third, but with four points in the ranking of teams in third place, they are likely to be in the top 4 and in any case will make the playoffs. However, it would be desirable, of course, to just score one point today and get to the 1/8 finals without any trouble.

The Austrians had the same results as the Ukrainians. Austria also defeated an outright passenger, Northern Macedonia (3-1), and then lost to the Netherlands with a score of 0-2. It is worth noting that compared with Ukraine, Austria looked frankly worse in the game with the Dutch. The team is in third place in the table and they will need to win today in order to guarantee themselves a second place. If the team plays in a draw, with four points the team is almost guaranteed to enter the playoffs in third place. If they lose, that leaves them with three points. If they do, they will most likely make it to the 1/8, but there are no guarantees.

In this match, of course, we can take a risk and bet for a draw. This outcome would leave the Ukrainians in second place, and the Austrians in third, and in general, all will be satisfied. But, nevertheless, for obvious reasons, no one will play 0-0 on purpose. This is the European Championship, not a conditional match of the last round of the National League. Moreover, it is unlikely that the Austrians will be satisfied with a third place when you can jump into second place. If they open the scoring, the Ukrainians will be similarly motivated and they will have to fly in the attack.

Bookmakers are waiting for a very slow match, with very high odds on the top. At least if there will be just two goals in the match, the bet will be calculated as a return. For example, you can take a non-refundable total over (1.5). Main prediction: total over (2).