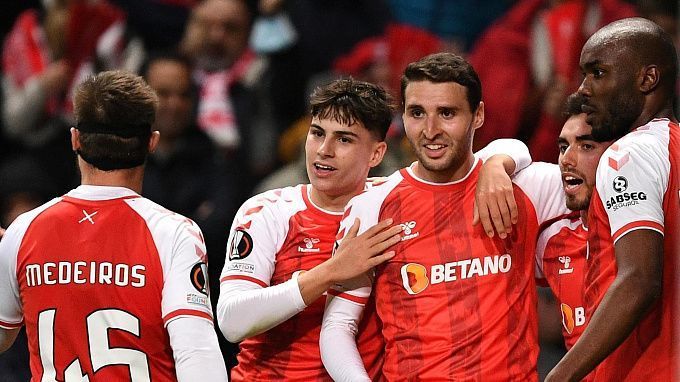 After two rounds of the Europa League group stage, Portuguese Braga and Belgian Union have two wins each. Who will be stronger at the end of their encounter? We'll select a few bets at once.

Braga lose for the first time this season

Before the game against Union, Braga played Porto in the Portuguese league and suffered a huge defeat of 1-4. This is the first failure of Artur Jorge's team this season. Prior to facing Porto, Braga won 6 games in the home league, drawing once, while in the Europa League, as already mentioned, Braga won two games. First, Braga defeated Malmo 2-0 away, and then managed to beat the Bundesliga leader Union Berlin 1-0 at home.

The Belgian team, of course, has more losses than Braga, but still counts. So in the Belgian championship, Union won 6 out of 10 matches, losing only three, and is currently 4th in the standings. In the Europa Leaguem the team is still going with 100% result: first, Union beat the Berlin namesake on the road (1-0), then dealt with Malmo in a very productive (3-2) home game.

Union have already had a victory in the current draw over a superior opponent - in the first round, the Belgians managed to unexpectedly beat Union Berlin on the road. In their game against Braga, however, Union do not seem to have the best chance of success. The Portuguese team looks really good at the start of the season, and last weekend's defeat at the hands of Porto will only further motivate them.

Prediction: Braga to prove their superiority over Union and win.