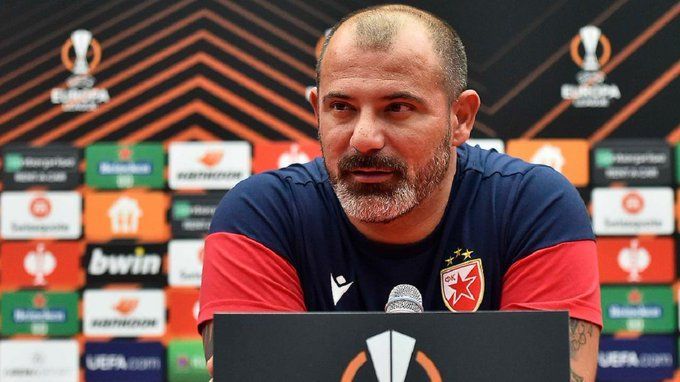 Crvena Zvezda does not have the best performance statistics against Braga, and in general, against the representatives of the Portuguese Primeira. Braga can boast of a winning streak in the first matchdays of the Europa League group stage. Will Crvena Zvezda be able to upset The Arsenalists in this encounter?

This season Crvena Zvezda played in the Champions League qualification. The club failed to continue in the tournament; the Red-and-Whites lost on aggregate in two games to Sheriff. In the playoffs of the Europa League qualifiers, Dejan Stankovic's team opponent was CFR Cluj. In Belgrade, Crvena Zvezda scored four unresponsive goals and was stronger on the road 2-1. As for its performance in the Serbian Superliga, before the match in the European arena, Crvena Zvezda defeated Proleter 3-0. Crvena Zvezda is in second place in the table; the club has lost two points in one game and is behind Partizan, which has no slip-ups.

Braga began its European campaign with the group stage of the Europa League. In the Portuguese league, the club has yet to notch a consistent performance. After defeating Moreirense (3-2), Braga failed twice to live up to the status of favorites and lost points. The club was unable to hit the goals of Vitória SC and Paços de Ferreira; both games ended in a 0-0 draw. Braga is in sixth place in the Primeira Liga table.

Crvena Zvezda and Braga had three head-to-head matches. All games were held within the Europa League. One of the meetings ended up with the win of the Braguitas with a score of 2-0. The other two games ended in a draw - 0-0 and 1-1.

In three games against Braga, Crvena Zvezda failed to play well. Generally, meetings with Portuguese clubs are not easy for the Serbian team: the Red-and-Whites have scored one win, drawn twice, and left the field twice as losers in six games. The statistics of Braga's performance in the first matches of the Europa League group stage also work against the home team in the upcoming match: six games - five wins, and one draw.

However, it is not so obvious in the next game. To begin with, Crvena Zvezda has lost only two of their last 16 games in the Europa League. After the loss to Sheriff, the team improved sharply in the attacking phase and won five straight in all competitions, scoring a total of 14 goals (at least two per game). This time, the players of the Serbian team are ready to correct the statistics against the representatives of the Primeira. Braga is to have a challenging trip to the Red-and-Whites. In the upcoming game, I propose to consider the following bets: