Dynamo Kyiv vs AEK Larnaca Prediction: A win-to-nil for Kyiv

Europa League. Round 2. Group B 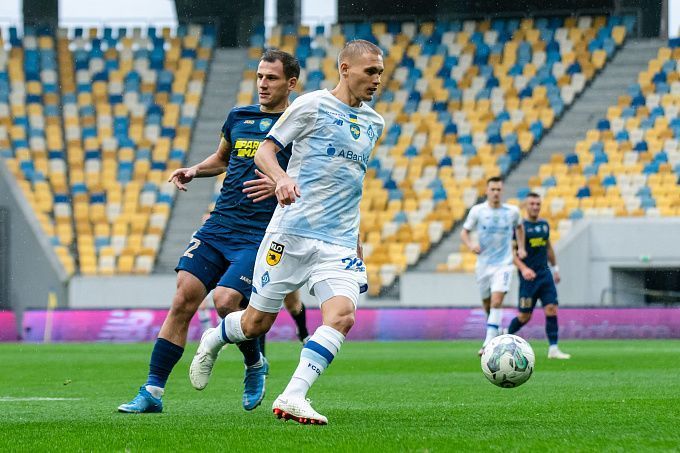 Dynamo Kyiv will take on AEK Larnaca in round 2 of the Europa League group stage. A couple of days prior, the Kyiv team won for the first time in a while, so they are excited to face their next opponent.

Dynamo Kyiv has finally won in the third round of UPL, with the score 1-0 against Lviv, and the only goal in the game was scored by Buyalskyi on Tsyhankov's assist 32 minutes into the match. It should be noted that prior to that, Dynamo lost six games in a row, three in qualifying for the Champions League, two in the UPL and the start of the UEFA Europa League group stage match against Fenerbahce. The victory over Lviv, albeit narrow, is extremely important in terms of psychology after such a long losing streak. Dynamo has a great respect for the Europa League, the task is at least to reach the playoffs, and for this it is extremely important to beat AEK, which has already had one defeat in the tournament.

The Cypriots have already played a Ukranian team this season, knocking out Dnipro-1 out of the Europa League qualification and, moreover, Dnipro was beaten twice, 2-1 and 3-0. AEK began their European journey in mid-July with matches in the qualification of the Champions League, knocked out by the Danish Midtjylland. In addition to Dnipro-1, AEK passed Belgrade's Partizan. In the first round of the Europa League group stage, AEK lost at home to the French Rennes with a score of 1-2, and in the championship of Cyprus, the future guests have 4 points after three played rounds.

Since July 1, the club is managed by Spaniard Jose Luis Oltra, a 53-year-old specialist. During the offseason, three Spaniards, two Portuguese and a Bosnian joined AEK ranks. In general, the composition is very international, 21 legionnaires out of 35 players, accounting for 60% of the total. A large number of Spaniards, Portuguese, Balkans and Africans. At that, the squad is valued at nearly 15 million euros, by comparison Dynamo costs more than 100 million euros.

AEK is not an easy opponent, the Cypriots have already managed to beat one Ukrainian club Dnipro-1, which, by the way, Dynamo has already managed to defeat. The Kyiv team has problems in the creation, the goals are given with difficulty, although in September in this respect there is progress. Still, they lost two games out of three, but scored in this period 4 goals. Before that, not a single goal was scored in 4 games in regulation time. AEK is also not doing well with the tone, the Cypriots before the victory over NEA have not won three games in a row. We think that the higher class of the Kyiv team and home advantage will affect the result of the upcoming game, which is unlikely to be very productive. We offer the following options for betting on the upcoming match: