Eintracht Frankfurt vs Real Betis: Another high-scoring match between the German and Spanish teams

UEFA Europe League. Play-off. Round of 16 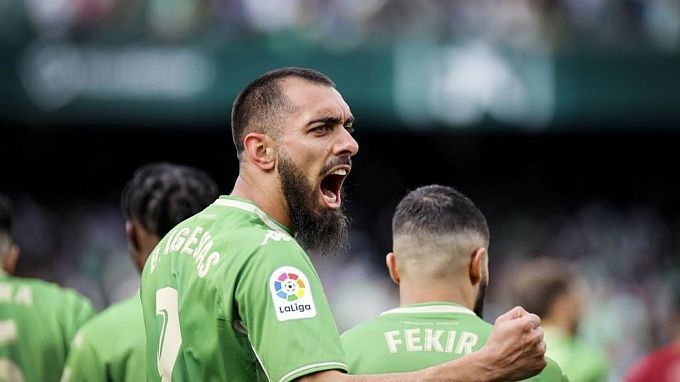 German Eintracht and Spanish Betis will meet in the return leg of the Europa League round of 16. The first leg of the encounter, held on the field of the Sevilla club, ended with a surprise 2-1 win of the German team. Now, in order to break into the quarterfinals of the second most important European Cup, Eintracht will only need to play a draw at home. The Spaniards, on the other hand, need only victory in Frankfurt and, preferably, by two or more goals.

The Eagles approach the match against Betis with a three-match winning streak under their belt. Besides the victory in Seville, Oliver Glasner's team was stronger than Hertha and Bochum in the Bundesliga. However, the good last statistics in the German championship saved Eintracht only a theoretical chance to get into the top-6 of the German elite. Too much competition is now in the Bundesliga. That said, the Eagles have a clear aim to break into one of the European competitions by the end of the season, preferably not the Conference League. Given the goals set for the season, it is obvious that the Europa League is a priority tournament for the future hosts. After all, winning this competition will let the Eagles not only solve the problem but also make the current season the most successful in the club's history, at least in the 21st century.

For Betis, the Europa League could also be a lifesaver, given that the Sevilla team is slowly but surely sinking in La Liga standings. In the last round of the Primera División, Betis beat Athletic Madrid 1-0 at home. However, this win did not stop them from finishing 5th in the standings, two points behind Atlético Madrid and Barcelona. At the same time, Real Sociedad and Villarreal are closing in on the Greens from below. It is to the point that the Europa League is crucial for the Sevillians as well. In order to break into the quarterfinals of this tournament, Betis needs a victory in Frankfurt, which is by no means a simple task. Yet, Betis has been surprisingly good in away matches this season. In La Liga, the Green-and-Whites have the second-best guest statistics after Real Madrid, 7 wins in 13 matches and 23 goals scored. In the Europa League, the Greens boast away wins over Ferencvaros and Zenit.

Throughout the season, Betis is a more stable team than Eintracht. Plus, the Sevillians are really dangerous in away matches, and the stats prove that point. So, Eintracht is going to have a very tough match, despite the home advantage. Still, we would like for you to focus not on the outcome, but on the total. We think that Thursday's game, just like their first face-off, will please us with quite high-scoring performance. Eintracht never left the field without a goal in their home matches of the Europa League. Meanwhile, Betis have no other options except to play for a win in Frankfurt and one goal will not be enough to get to the quarterfinals. Here are the betting options for the upcoming game: TO (2.75) for 1.75; H2 (0) for 2.34; Correct Score 1-2 for 9.50.