Eintracht vs West Ham: Expect another win for the Eagles over the Hammers 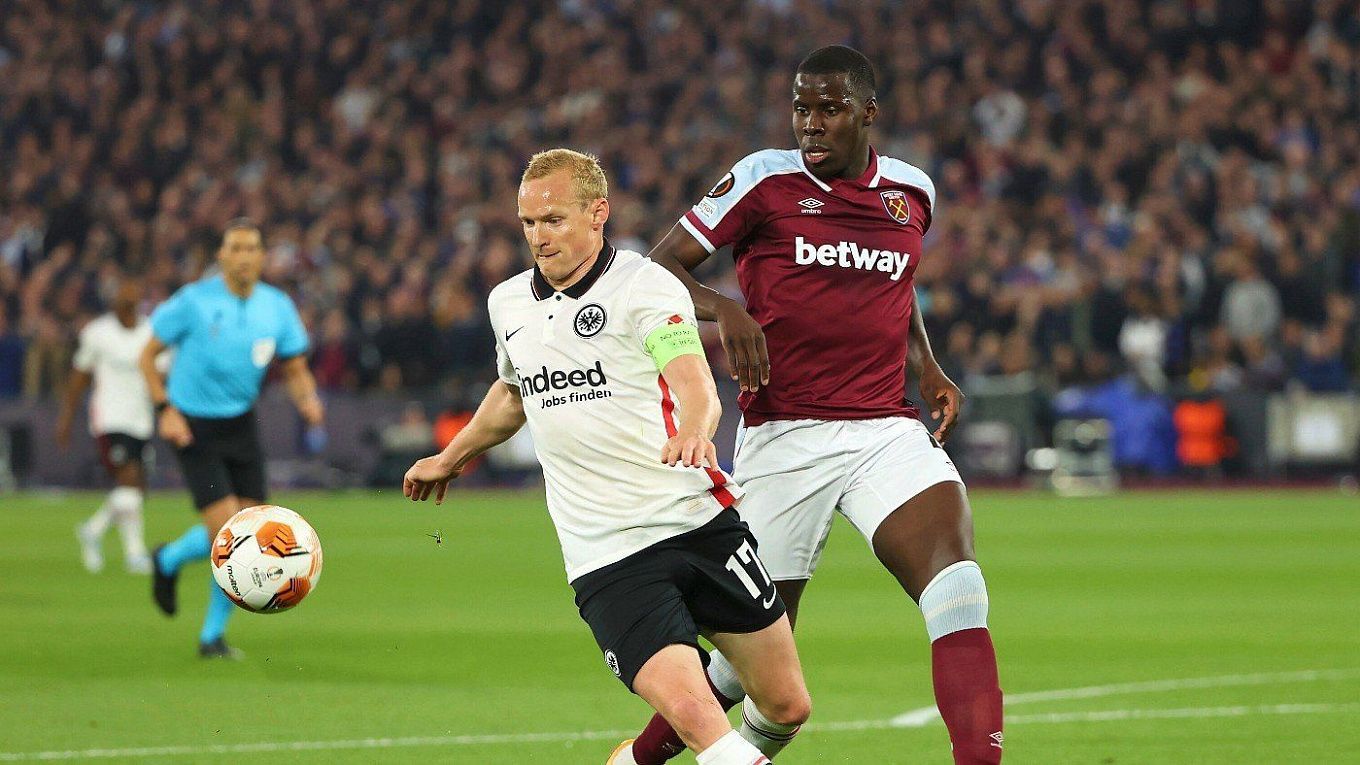 The teams are fully focused on the return leg of the second-placed European competition and have sacrificed their domestic league games for the sake of the tie. The bookmakers are on the side of Eintracht, but the Eagles are the slight favorites. Also, note that the Germans are happy with a draw on Thursday.

It has long been understood that the Europa League is the main tournament for Eintracht, given the Eagles' poor season in the Bundesliga. Therefore, it should come as no surprise that the Frankfurt side lost to Freiburg and Union, drew with Greuther Fürth, and beat Barcelona and West Ham in the Europa League. All the Eagles' thoughts lie solely with the European Cup, the possible achievement of which will also give the future hosts a coveted ticket to the Champions League. After an away win over West Ham in London, Eintracht lost 0-2 to Bayer Leverkusen. But, again, one should not judge the Eagles' actual form by their Bundesliga games.

Unlike Eintracht, West Ham struggled to the last minute for a place in the European competitions through the English league. However, playing on two fronts has depleted the Hammers. In the last four games of the EPL, West Ham have only picked up one point against Burnley and have fallen out of the peloton of contenders even for the Europa League. The Hammers' maximum potential is the Conference League or the Champions League if they beat Eintracht and then win the UEFA Champions League final. In general, West Ham have a 3-match losing streak, which indicates a decline. On the other hand, in this period, the Hammers played not only Eintracht but also Arsenal and Chelsea. In other words, the Londoners' calendar in this period was extremely difficult.

This season, Eintracht do not perform well at home. This is especially true in the Bundesliga, but the Eagles have poor statistics in the Europa League. In the last five home matches in the European Cup, Eintracht won only once, against the Greek Olympiakos. Nevertheless, Eintracht suffered few defeats, only one in regulation time against Betis 0-1. Eintracht failed to score only against Betis, drawing three times against Barcelona, Antwerp, and Fenerbahce. We believe that this trend will continue, with Eintracht not losing in a fairly productive match on Thursday. The first bet of the meeting is 1X+TO (1.5) for 1.91.

West Ham play well away. For example, in the last round of the Europa League, the Hammers defeated Lyon with a score of 3-0. Eintracht are expecting a difficult match. However, the Eagles have a one-goal advantage, which means that the English will have to take risks and attack in large forces, which is to the Germans' advantage. Eintracht beat Barça at the Camp Nou, holding the ball just 26% of the game time, so the home side can certainly play second best. The second bet of the game is a clean win for the Germans: W1 for 2.51.