Tips and Odds for EURO 2020: Kylian Mbappe to be the Top Goalscorer 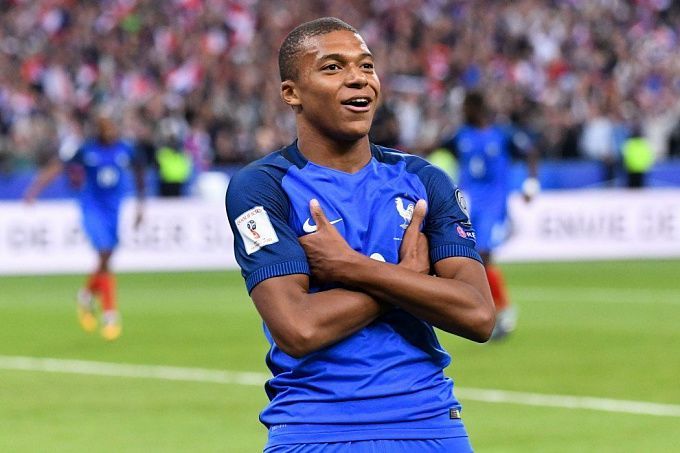 June 11, 2021 kicks off Euro 2020, which was supposed to take place a year earlier, but was postponed until this coming summer because of the coronavirus. Many European stars will appear at the tournament, so the scoring race at the European championships is of particular interest. Who will manage to score the most goals? Our prediction: Kylian Mbappe will leave no chance for the competitors!

Contenders for the top scorer of Euro 2020

The European Football Championship is a tournament where the top scorers are players who are not expected to be the first. If in 2016 Antoine Griezmann could still be among the contenders for the title of the most prolific player of the tournament, because he scored six goals, in 2012, six players simultaneously marked by three goals, sharing first place in the scoring race. Among the winners was the representative of the Russian national team Alan Dzagoev.

Next, according to bookmakers, is Kylian Mbappe, who, at 22 years old, scares the hell out of all opponents. In the French championship, playing for PSG, the young striker scores an average of a goal per game, which is a fantastic indicator that allows him to be the top scorer in Ligue 1 for three consecutive seasons. The French wunderkind has also been very effective for the French national team, with 15 goals in his last 32 games, and he has already scored four times at the 2018 FIFA World Cup at the age of 19.

Romelu Lukaku played at the 2018 FIFA World Cup as a player for Man Utd, where he did not spend his best years, but he still scored four goals for Belgium at the tournament, showing himself well. Then he moved to Inter where in two seasons he scored more than 40 goals, and on the eve of Euro 2020 he became the champion of Italy, making a huge contribution to the success of the «black-blue». For the national team, he also plays very well, scoring in the last 34 games 39 goals (1,15 on average per game).

Of course, we cannot ignore Cristiano Ronaldo, who on the eve of Euro 2020 is the subject of enormous criticism. He is the reason Juventus missed out on the high stages of the Champions League, he is not good enough in Serie A, but the statistics say the opposite: the 35-year-old is by far the top scorer in the Italian league and he scored four goals in six recent Champions League appearances, which is not too bad. Moreover, in the last 35 games for the Portuguese national team, he scored 39 goals, which closes all questions about his importance to the national team of the country.

The top five contenders for the title of top scorer of the European Championship in 2020 is the current holder of this status Antoine Griezmann. This is the second season he plays for Barcelona, where his first year was not very good, but now he has gained good form and acts effectively for the Catalan club, helping Leo Messi to lead the team to the big tasks. Including the last Euro 2016, Antoine played 61 games for the national team, in which he scored 28 goals, which can hardly be called a fantastic figure, but it is difficult to overestimate the importance of his goals.

Forecast and bets on the best scorer of Euro 2020

At Euro 2020 there will be many world-class stars, but not everyone will be able to prove themselves and become the best scorer of the tournament. The main contenders for the title of the most prolific player of the continental championship are described above, but there are also Raheem Sterling, Robert Lewandowski, Timo Werner, Memphis Depay, Ciro Immobile, Eden Hazard, Andre Silva, Bruno Fernandes and even Zlatan Ibrahimovic. Each of them can help their national teams a lot. And yet, we will focus on Kylian Mbappe.

The young French forward is now one of the most scoring players in the world. His main rival, perhaps, is Erling Haaland, whose Norwegian team flew past Euro 2020, so there are simply no more productive and physically developed attacking players. If the 22-year-old representative of the three-colored will bypass injuries, he is ready to be the main hero of the tournament, besides already at the 2018 World Cup, he scored four goals, although then he was only 19 years old. With this in mind, it is worth looking at the bet that Kylian Mbappe will be the top scorer at Euro 2020 with odds of about 9.00.