Galatasaray vs Randers: Chances are even 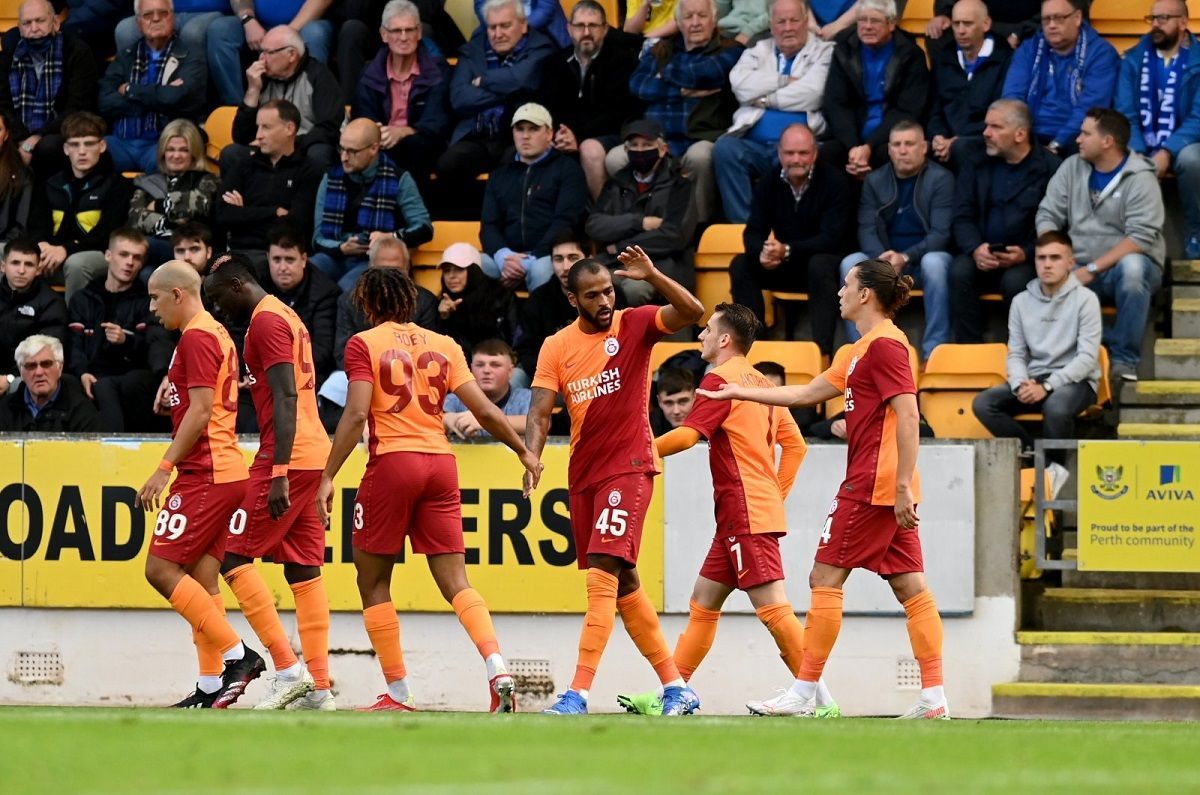 Galatasaray have not won a single home match in the European competitions this season. The Istanbul team is to face the Danish Randers in the upcoming game. WIll they manage to break their winless streak?

Last season Galatasaray lost to Besiktas only by extra points, and that has already played a cruel trick on the team. The Lions were knocked out of the Champions League by PSV in the first round, while 1st place in the Süper Lig would secure them a place in the group stage. Despite some key players leaving, Galatasaray strengthened rather well in the summer transfer window. Sacha Boey, Berkan Kutlu, Patrick van Aanholt, Alexandru Cicâldău, and Victor Nelsson have already been in the starting lineup, and that's not the limit: several players are certain to be signed by early September. Nelsson and Cicâldău, however, can't play in European competitions yet, as they used to play in the Conference League for their former teams. Another bad news was the eight-game suspension of Marcao for fighting on the field.

Fatih Terim's team have not lost in their last 5 matches in all competitions, starting with 2 wins in the Süper Lig. In the last round of the championship, Galatasaray defeated Hatayspor 2-1. The Lions conceded a quick goal, but they were fast enough to take the lead and even the score. Then Galatasaray had some trouble getting through the opponent's defense, but they managed to create another chance at the end of the match, with Christian Luyindama scoring the winning goal.

Randers finished sixth in the last season of the Danish Superliga, but their victory in the Danish Cup let them get into the Europa League. The current season has been just as good so far: the Horses have not suffered a single defeat in all competitions, sitting in 3rd place of the Danish Superliga with 4 wins in 6 rounds. The only major loss in the summer transfer window was Mathias Greve, who had 15 goals and assists combined last season. A replacement for him is yet to be found, but Vito Hammershøy-Mistrati is doing great in this position, having scored 3 goals in the Danish Superliga. Alhaji Kamara looks good too, and Marvin Egho has scored only once in 7 games.

A couple of days ago Randers broke their three-game winning streak with a 1-1 draw with Aalborg in the Superliga. Having exchanged goals in the first half, the teams then took turns seizing the initiative. The opponent was a little sharper on offense, while Randers wasn’t attacking that well in the positions, with the players often going for long-range shots. The only goal the Horses scored was a penalty shot by Hammershøy-Mistrati.

The teams had never met before their 1-1 draw in the first leg. The game was quite lively, with the teams managing to score in the first half. Galatasaray was first to score, and then Randers missed some great opportunities to eventually succeed in the 54th minute. In general, the Istanbul team was closer to winning, Sofiane Feghouli failed to convert a one-on-one situation.

The teams created quite a lot of sharp moments in the first match, but it promises to be harder for Randers in the away game. Galatasaray showed strong defense in the last round of the Süper Lig, even with the goal in the 3rd minute. At the same time, the Istanbul side sometimes lacked creativity in attack, and it was perfect execution that got them to defeat Hatayspor. The visitors are showing some signs of decline, judging by the recent round of the Danish Super League, and losing their main attacking midfielder was too big of an impact. I suggest you bet on the following: