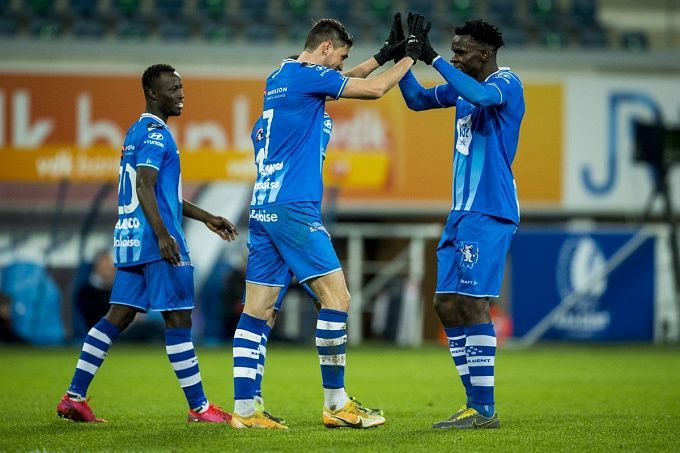 Gent is by no means Belgium's most prestigious and award-winning team. They have only won the domestic league title once in their history and, last season, finished in fifth place, but they did triumph in the domestic cup, winning the trophy. They had a chance of making an excellent start to the new season. Still, They lost the Supercup to Club Brugge (0:1). In the Belgian league, Gent has already played four games and won twice, with two draws, allowing them to sit fourth in the local league table currently.

Omonia is one of the most decorated teams in Cyprus, having won the national championship 21 times, which is why they have an excellent experience of playing in European competitions. Last season didn't go well for the Greens and Whites, finishing only fourth in the local championship, but they won the National Cup, so they are again playing in the international arena. The new season in Cyprus has not yet started, but the team has already played one official game in which they lost the Super Cup to Apollon (0:2).

Gent and Omonia were not the best teams in the local championships last season, but the Belgian side has already started the new league season looking very good. At the same time, the Cypriots suffered a defeat in their only official game so far. In the upcoming match, they are the favorites. In addition, the first leg takes place on their home field. As a result, we're looking for a bet on Gent's victory with a handicap (-1.5) at odds of about 1.904.

Omonia is a team that has been playing very poorly recently. There was a bookmaker's total under in the four previous meetings with their participation, so even now, we should not expect a high goal activity. If you look at the statistics of Gent, most of their matches are fun and productive. Still, in cup encounters, they tend to play to the score, so in the Belgian Cup final, they won on penalties (1:0), and in the battle for the Super Cup, they lost (0:1). Therefore, we suggest betting on the total under 2.5 goals at odds close to 2.23.

If you predict the exact score of the upcoming battle, you can choose 2:0. As we have already established, Gent is the clear favorite in the first meeting, having a more powerful squad, and the game will take place on their field. That said, Omonia's last four games in a row have been 2:0. We suggest betting on a 2:0 win for Gent at odds of around 6.50.