Real Sociedad vs RB Leipzig: the Basques not to lose in a high-scoring match 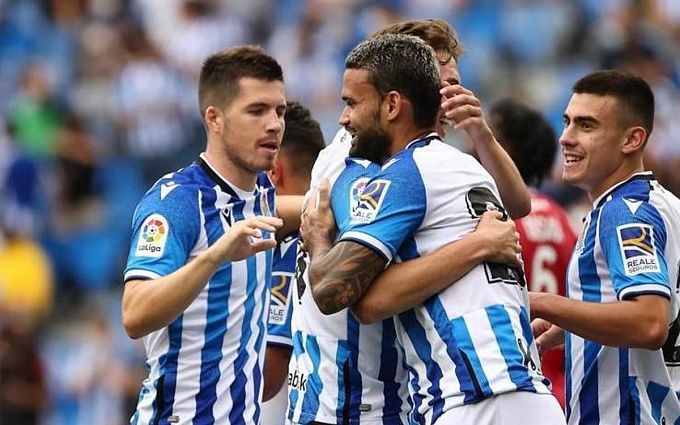 Spain's Real Sociedad will face Germany's Leipzig in the second leg match of the Europa League round of 16. The first game held on the Red Bulls' field ended in a 2-2 draw. Bookmakers do not have a favorite in the upcoming meeting, believing the opponents to have almost equal chances for success.

Real Sociedad continues to show crazy results. After a devastating defeat at the hands of Betis in the Copa del Rey, the Basques have played 0-0 at the Mestalla with Valencia, confidently defeated Granada 2-0 at home, settled for a 2-2 draw in Germany with Leipzig in the first leg and failed the away derby against Athletic in Bilbao. After a 4-0 defeat at the hands of the Lions, the White and Blues dropped to seventh place in La Liga standings, Athletic came one point closer, Villarreal bypassed the Basques and all other competitors increased their lead. Obviously, after the failure in Bilbao, the Europa League has become more important for Real Sociedad. The path to the trophy of the second most important European cup is extremely difficult, but it is hardly more difficult than fighting for a place in the La Liga top 4.

While Real Sociedad saw their chances to make the top 4 of La Liga become slimmer over the past week, Leipzig, in contrast, beat Hertha away 6-1 in the German Bundesliga. This result kept the Red Bulls fourth in the table, although all direct competitors also won, but in any case, Leipzig improved their difference by +5, which is not bad. We can also say that the game in Berlin was a kind of practice for RB before the trip to San Sebastian. In some ways, such practice is scary for Real Sociedad, but the Basques need to do their job, and the Europa League, as we've said, seems to become the major concern for the future hosts.

Both teams have been regularly showing productive matches lately, which means we are likely to see several goals scored in San Sebastian, about the same as in Leipzig. As for the outcome, we think the Basques have a slightly better chance to win than the Germans. After all, Real Sociedad is a home team, while Leipzig, even at the level of the German Bundesliga, is not very good. Well, in terms of motivation the ball is on the side of Real Sociedad. For the Germans, the Europa League is just a long-running plan B, while the second most important European Cup is slowly turning into plan A for the Basques. Here are the betting options for you to choose from: 1X+TO (1.5) for 2.01; W1 for 2.70; Correct Score 2-1 for 9.50.