Red Star Belgrade vs Rangers: Serbs win and the Scots end up in the quarter-finals 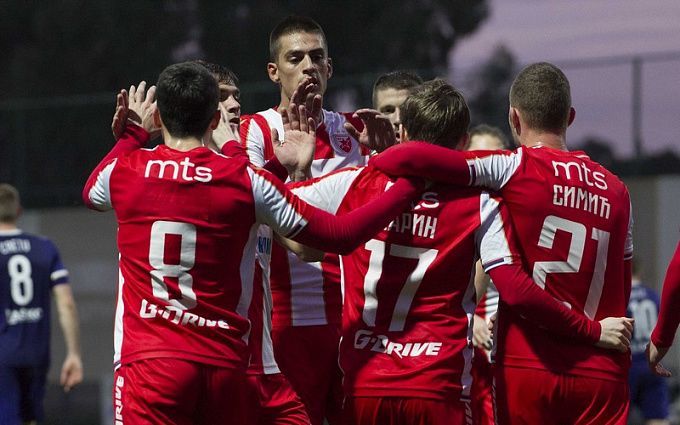 After 3:0 in Scotland, there is little doubt that we will see Glasgow Rangers in the quarter-finals of the second most important European competition. However, bookmakers believe that the Serbs have a good chance of at least getting revenge in a home encounter and it is Red Star that is quoted as the favourite for the upcoming game.

Before the first game against Rangers, Red Star had a six-match winning streak in two tournaments and a three-match winning streak in the domestic championship. However, these series did not save the Serbs from a dry and devastating defeat to the Scots in the first game of the clash. In Glasgow, the Rangers were by all means superior to their opponents, leading 2:0 already by the 15th minute. However, referee Gözubüyük failed to give the Balkans two goals in the first half because of offside. On 24 minutes of the game, Katay, who was probably the most dangerous player in the Red Star squad, failed to convert the spot-kick. The Serbs definitely deserved a goal in Glasgow, but they went to Belgrade without scoring in the end. In the last round of the Serbian championship Crvena Zvezda beat Metalac 2:1 away.

Rangers went into the return leg against Crvena Zvezda with a four-match winning streak. After the defeat of the Serbs, the Rangers beat Dundee 3:0 away in the Scottish Cup. Goldson, Tavernier from the penalty spot and Sakala scored the goals for the visitors. Despite their excellent form, Rangers aren't leaders in the Scottish league table, losing by three points to Celtic. The Rangers can lose in Belgrade by two goals, but no more. It is important for the Scots to score an away goal and they can finally solve the problem of reaching the next round of the tournament. It is hard to believe that Crvena Zvezda can score four goals, let alone five, against the Scots who can play good defence.

As noted above, Crvena Zvezda scored at least one goal in their first away game, but left the field with nothing to show for it. We believe the Serbs will play hard and we will see some good action from the home side. The eventual result in the first leg, however, will force Crvena Zvezda to take their chances, as the Serbs need to pull back from three goals. As for the outcome, the home side's higher motivation and desire to take revenge for the devastating defeat in the first game will help the Balkans to win the final victory. Unfortunately for Zvezda, it won't help the Serbs to reach the quarterfinals of the second most important European competition. Here are the odds for this game: Both teams to Score - Yes for 1.71, W1+BTTS for 4.04, Correct score 2:1 for 9.00.