Sevilla vs West Ham: the Hammers Mustn't Lose in Spain 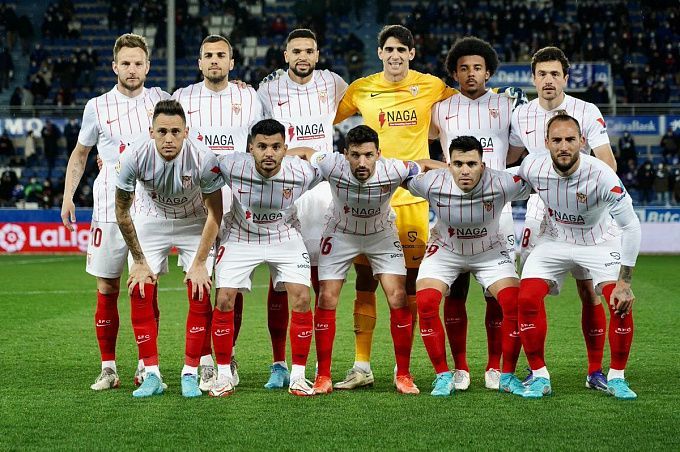 Prediction for the Europa League Sevilla vs West Ham match, which will take place on March 10 at 20:45. Who will be stronger? Check the teams’ conditions and expert betting tips. Several betting options are available!

Sevilla came to its favorite Europa League from the UCL. The team had a tough group - Lille, Salzburg, and Wolfsburg. However, the Spanish club managed to earn only six points and take third place, one ahead of the last-placed German side. Accordingly, the Sevillians went to the knockout rounds of the second strongest European Cup. Their opponent was a tough Dinamo Zagreb. Sevilla defeated the Croatian team at home with a decent margin (3:1), so the away match they played very loose and almost paid for it (0:1). On the sum of the two games, the score was 3:2 in favor of the Nervionenses, so they stepped into the last 16.

West Ham did not move between European competitions - they played in the group stage of the Europa League. There, the Hammers were in a group with Dinamo Zagreb, Rapid, and Genk. As expected, these opponents did not cause any problems - they took first place, earning 13 points. West Ham won five times in a row, but in the final game, they allowed themselves a rotation and lost to Dinamo Zagreb 0:1.

Bookmakers believe that Sevilla will beat West Ham in the upcoming meeting. We would not be so straightforward about the visiting team. After all, the Hammers are in the top six of the powerful and extremely competitive EPL. Since the beginning of last season, they look pretty serious. In addition, the hosts have very serious lineup problems - Thomas Delaney will not participate in the match for sure, Alejandro Gomez, Anthony Martial, Karim Rekik are questionable. We think that the English club at least will not lose in Spain.