Sheriff vs Braga: the Portuguese to lay the groundwork for the return game 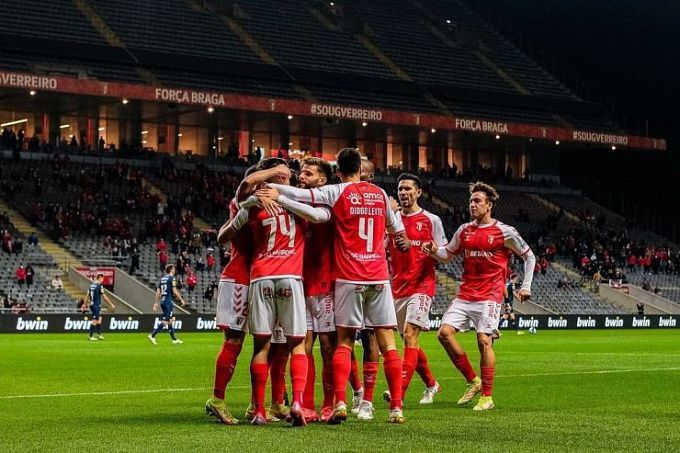 Moldovan Sheriff will face Portuguese Braga in the Europa League round of 16, and the first match of this confrontation will take place in Moldova. Despite the home advantage, bookmakers are on the side of the guests from the Iberian Peninsula, and we cannot but agree with that.

Sheriff hasn't played an official match since December 11, 2021, preparing for the first match in 2022 by playing friendly matches. Obviously, the lack of official practice may affect the result of the upcoming game, and not in the best way. Recall that in the fall, Sheriff played in the Champions League and took third place in Group D, ahead of Shakhtar Donetsk. Not a bad performance, but, frankly, I do not have much faith that the Moldovans will be able to continue this season as successfully as they started it.

Braga was close to becoming the first in Group F of the Europa League and directly pass to the round of 16 of the second most important European competition. The Portuguese lost only one point to the Serbs, and the fate was decided in the last round. We do not forget that in recent seasons, the Iberians consistently played not just in Europe, but in the playoffs. That is, in terms of experience, Sheriff and Braga are hard to compare. Besides, in contrast to Sheriff, Braga has a stable playing practice; the future guests won three of the last 4 games, having beaten Sporting Lisbon in this stretch, among others.

Braga has -9 points from Benfica, which sits 3rd in the Portuguese championship standings. This suggests that Braga has few chances to break through the national championship, but there is also the Europa League, where it is no less difficult but realistic enough to fight for the title and a direct ticket to the Champions League. Moreover, their rival in the first round of the playoffs is only Sheriff. The Moldovans made a lot of noise in the Champions League group, but in that tournament, Shakhtar performed very poorly, and hardly the giants Real and Inter were ready for such opposition like Sheriff. Now the Portuguese are ready for the club from Tiraspol. Braga has decent away statistics in the Portuguese championship, and more importantly, the regular practice. Here are the betting options for the upcoming match: W2 for 2.025; TU (2) for 2.34; Correct Score 0-2 for 9.00.