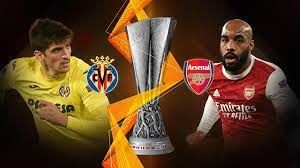 There is a lot to lose for both sides. No one qualifies for the Champions League through the league, and the only hope for the clubs is to win the Europa League this year. Everything is at stake, so the teams will approach the first encounter very cautiously.

Villarreal: There are questions

Unai Emery is synonymous with the word caution. Naturally, he will not take any risks in the game with Arsenal. Especially at home, when an away goal is like a sentence. Villarreal will play pragmatic football in the hope of winning 1-0 or 2-0.

Arsenal: Players are brave but not yet ready

Arsenal, of course, can press their opponents if they want to. They pushed Slavia in the quarter-finals two games in a row. They attacked, attacked and attacked again. Villarreal are not Slavia, and here we have to play against top clubs. But there is one problem. Arsenal are terrible against the top clubs.

A recent example was the 0-1 defeat to Everton in the last round of the Premier League. In 3 weeks from Everton happened 0-3 against Liverpool, where Arsenal hit 0.04 xG. And before Liverpool, it was West Ham, whom the Gunners miraculously didn’t lose to. Arsenal win big matches on big occasions and that’s a serious problem for Mikel Arteta’s boys.

We’re offering a great odds of 1.81 on Total Under (2.5) in this match. The teams won’t score many goals, no matter how great Arsenal are sometimes in the attack. We also offer a Both to Score - No option for 1.95 and a bet for the extremes on the 0-0 correct score for 8.2 odds.