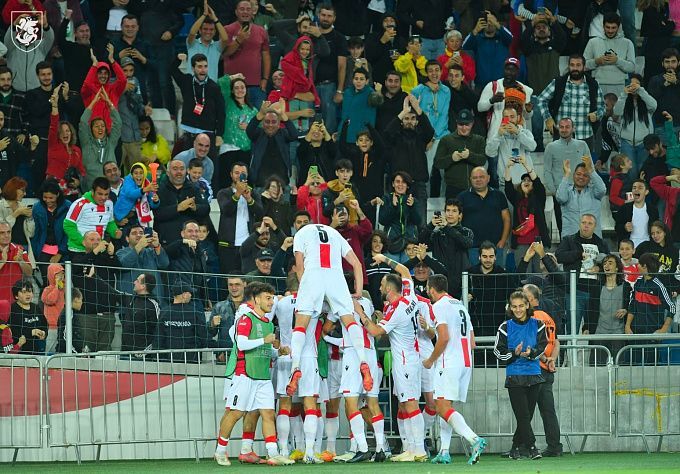 Teams of Gibraltar and Georgia will play their sixth-ever face-off in the final round of the Nations League group stage. Will the hosts be able to compete with the favorite?

After a 1-1 home draw with Bulgaria, Team Gibraltar suffered two defeats in a row. First, the national team was defeated away by North Macedonia (0-4). Then Gibraltar went to visit the Bulgarians and lost again, 1-5. With one point, Gibraltar is last in the group.

Team Georgia had an excellent campaign in the group stage of the Nations League. The Georgians only lost points once in their matches. It happened in the fourth round when Georgia played an away draw with Bulgaria. The teams didn't indulge in productive actions in this match. The Georgian national team has already secured the promotion to League B.

In the first round of the Nations League group stage, the Georgian national team met no resistance from Gibraltar and gained a confident victory with a score of 4-0. The teams have met five times, the Georgians winning every match.

The Gibraltar national team as expected was unable to compete with their strong rivals in the group. Now the home team has one more chance to please their fans with positive actions in the attack. The Georgian team in all five matches with Gibraltar has shown productive play, at least three goals scored. We believe that even now we should expect a feast of attacking play in the upcoming match. We suggest considering the following lines: