Latvia vs Andorra Prediction: Latvians can cope with an uncomfortable opponent 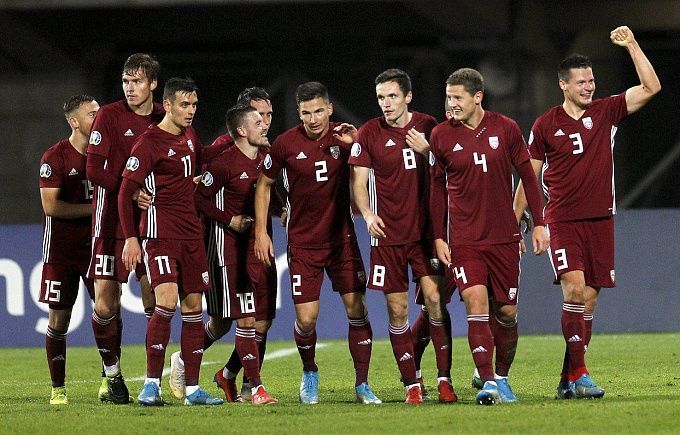 On June 3, 2022, Latvia will face Andorra in Riga at the Daugava Stadium in the first round of the third round of the UEFA Nations League.

It is now hard to believe, but Latvia made it through to the Euro 2004 finals, where they even managed to snatch a point against the Germans (0:0). That was the end of the Latvian football exploits, while in recent years, they have been the underdogs in the qualifiers. And in the qualifiers for the FIFA World Cup 2022, the Red and Whites sit in a penultimate place in their group, ahead of only Gibraltar. This spring, they have played two friendlies, drawing 1:1 against Kuwait and beating Azerbaijan 1:0.

Andorra is the eternal underdog in all qualifying tournaments, and they do not even think about reaching the finals of the World Cup and the continent. Nevertheless, in recent times the Tricolours have increasingly started to perform miracles. For example, they beat Moldova 1:0 in the Euro 2020 qualifiers, then sensationally drew 2:2 away with Albania. In qualifying for the 2022 FIFA World Cup, they managed to pick up six points, beating San Marino 2:0 and 3:0. Moreover, in March, they played two friendlies against St Kitts and Nevis and Grenada and won both games by the same score of 1:0.

The Latvian national team has always beaten Andorra easily, but in recent years the opponents have played three consecutive games with the same score of 0:0. After that, there was an impression that the Latvians and Andorrans were of the same level, but the Red and Whites disproved that once again, with a 5:0 victory over the Reds. Now Dainis Kazakevičs's charges will play at home, so we can also expect them to be successful, and we can place a bet on the victory of the Latvian national team with a handicap (-1.5) for 2.45.

If you look at Latvia's recent results, you can conclude that they are not all bad offensively. For example, they have scored three goals against Turkey, three more against Lithuania and Gibraltar, and even managed to score against Germany. With such goal-scoring exploits, the Red and Whites must score at least a couple of goals for the Andorrans, who conceded 24 goals in ten games (2.40 average per game) last year in the World Cup 2022 qualifying round. With that in mind, an individual Latvian total over 1.5 for 1.80.

The Latvian national team had failed to score three times in recent years when they drew 0:0 against Andorra, but in their last encounter, they broke their losing streak with a score of 5:0. That was an energetic start to the game, and a quick goal was scored by the Red and Whites in the sixth minute, after which the Andorrans had to take their chances and go on the attack. In such a situation, it's worth expecting that Dainis Kazakevičs's charges will try to open the scoring quickly. So, we suggest betting on the first goal from 1 to 30 minutes for 1.932.