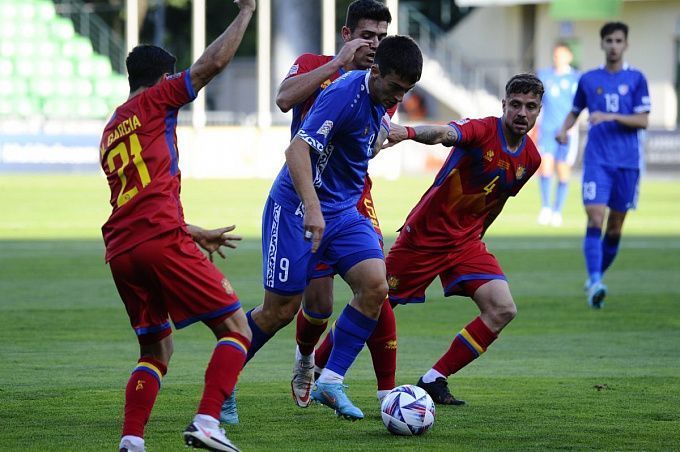 Liechtenstein will take on Andorra in round 5 of the UEFA Nations League group stage. Will Liechtenstein manage to break the winless streak at home?

The last opponent of the Liechtenstein national team in the Nations League was Latvia. The players again failed to please the fans with a good game and suffered the fourth consecutive defeat in the current group stage, 0-2. Liechtenstein remains the only team without points in their group, sitting at the bottom of the standings.

After the home victory over Liechtenstein (2-1) the Andorran team went to Moldova. The meeting turned out rather tense. In the first half the teams exchanged goals. At the beginning of the second half, Andorra conceded one more goal and was no longer able to level the score, a defeat of 1-2. With four points, Andorra takes third place in the group.

In early June, the face-off between the teams in question turned out quite productive. Andorra was stronger at home, winning with a score of 2-1. Andorra won a total of three head-to-head encounters, 2-1.

The Andorran national team is superior to Liechtenstein in almost every aspect of the game. For Andorran players, the upcoming match will be a good opportunity to get points and come close to Moldova, which will play the game against the group leader, Latvia. Andorra's victory can be considered as the main bet. Also, we do not exclude that the second consecutive face-off in the Nations League will turn out rather high-scoring.