Malta vs San Marino Prediction: Malta to thrash the opponent at home 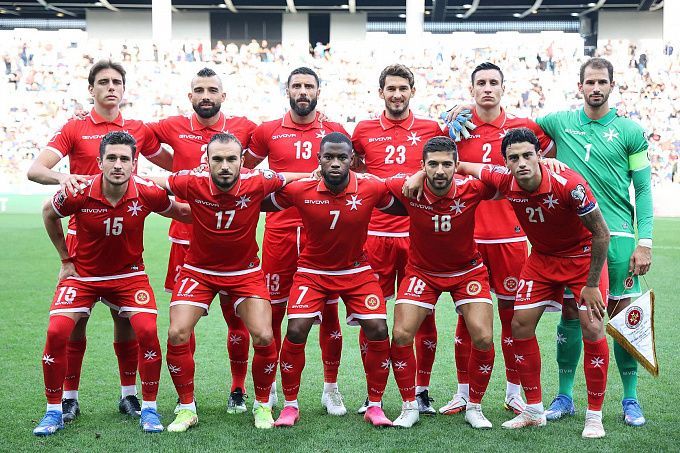 Malta will take on San Marino in the UEFA Nations League on June 12 at 21:45 (UTC+3). Let’s see how the opponents are doing & what the best bet is. There are several options for you to consider!

The Maltese team seems unable to make it out of League D. In the first round, as expected, the Maltese defeated San Marino (2-0), but then lost to the Estonians (1-2) at home. Of course, there is still a chance to qualify to the League C, but to do this, they need to beat San Marino in the next round, and then the Estonians on the road.

Basically, no one expects anything from the San Marino team. One goal scored by them is already a holiday for the whole country, but so far the team has not given the fans such joy. In the first half of the current Nations League, the San Marinians lost first to Estonia (0-2) and then to the team of Malta (0-2). With such indicators, San Marino takes the last place in the table, without any points in their assets.

The Maltese team will try to claw their way into League C, and it's unlikely they will make the same ridiculous mistake as Bulgaria did in their match against Gibraltar. Last time the Maltese won only 2-0, but then they played away. Now the advantage will be on their side, and we think that the hosts will have no problem making a smashing victory like 3-0.