Republic of North Macedonia vs Gibraltar 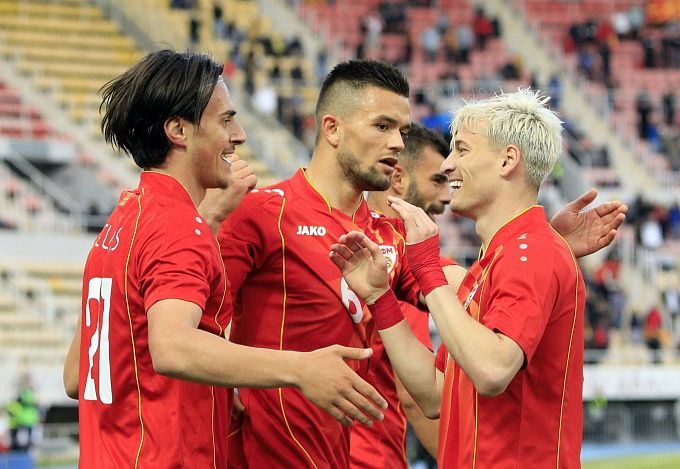 North Macedonia will take on Gibraltar in the UEFA Nations League on Sunday at 19:00 (UTC+3). Let’s see how the opponents are doing & what the best bet is. There are several options for you to consider!

Team North Macedonia got off to a good start in the Nations League. In the first round, they managed to score a 1-1 draw with Bulgaria, and in the second round they defeated Gibraltar (2-0). However, in the third round Macedonians were defeated by Georgia (0-3). In the table, North Macedonia is second with four points, five points behind first-placed Georgia.

Team Gibraltar lost their first two matches in the current Nations League. First, the Gibraltarians were defeated by Georgia (0-4), and then suffered a defeat at the hands of Northern Macedonia (0-2). However, in the last game they managed to create a real sensation by not losing to Bulgaria (1-1)! As for Gibraltar's position in the standings, they are fourth with one point.

While in the first round the team of Northern Macedonia beat the team of Gibraltar by only two goals, that face-off took place on the field of Gibraltarians, where they even managed to take away points from Bulgaria. Now the match will take place in Skopje, where the Macedonians just have to make up for the 0-3 defeat by Georgia. We expect a spectacular match with guests thrashed. Prediction: Total Over (3.5).