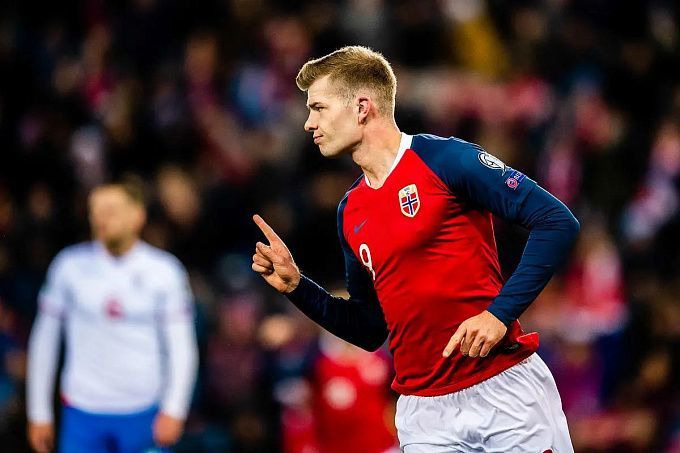 The Norwegian national team is looking forward to playing in major international tournaments. The last time they were selected for such an event was more than two decades ago, playing at Euro 2000, after which things went downhill for them. Now the magnificent Norwegian generation has to think about qualification for Euro 2024 because they have missed the 2022 World Cup again. The UEFA Nations League is a good way to help them solve this problem, as it will allow them to qualify for the tournament's finals. The Red and Blues understand that as well; they took turns beating Serbia and Sweden 1-0 and 2-1, respectively, in their two opening games, topping the standings.

The Slovenian national team also rarely qualifies for big competitions. That's how they got past the 2022 World Cup, failing to seriously compete for a spot to play in Qatar. Lately, Matjaz Kek's players have been doing too poorly and hopelessly. Even in the UEFA Nations League, where they play against comparable opponents, they are unable to prove themselves. In the opening game Slovenians were defeated by Sweden 0-2, and then they were defeated by Serbia 1-4, which brought them to the bottom of the standings.

Over the history, the teams have played nine matches against each other. On the account of the Red and Blue, there six wins, while the White and Green were stronger once, two games a draw. The goal difference also favors the Norwegian side, 16-8. The last time the opponents met was in the first draw of the UEFA Nations League, when the first victory was celebrated by the Norwegian national team players (1-0), and then there was a 1-1 draw.

The Slovenian national team historically plays poorly against the national team of Norway. While in home games the White and Green have something positive to look at, on the road they are a disaster. The Norwegians hosted the Slovenians four times to win all the matches. The total goal difference is 10-1. Impressive! Now Ståle Solbakken's players are the favorites, leading the group, while their opponent is still in last place. As a result, we are forced to bet on Norway's victory with a handicap (-1.5) at the odds of about 2.15.

The Norwegian national team is in excellent form in 2022. Four matches played, the Norwegians not only managed to win four times but also scored 14 goals (3.50 on average per game). In the upcoming game, we can expect a high level of scoring activity from Stale Solbakken's squad as all of the attacking leaders are in fine form. The Slovenian national team, meanwhile, is in a mediocre defensive position, having missed twice from Sweden, and four times from Serbia. On this basis, the best option seems to be Norway's Individual Total Over 1.5 goals at odds close to 1.70.

During the current UEFA Nations League the Norwegian national team scored three goals, each on the account of Erling Haaland. Of course, we expect the star forward to do some good scoring in the upcoming game, but you should also pay attention to the other characters in the attacking line. Alexander Sorloth had a good season for Real Sociedad, where he scored four goals, and as a member of the national team he scored 10 goals during the last 20 official games. Quite an indicator! It is worth taking a closer look at the bet on Alexander Sorloth's goal with the odds of about 2.30.