Scotland vs Ukraine Prediction: Ukrainians beat the Scots for the second time this year 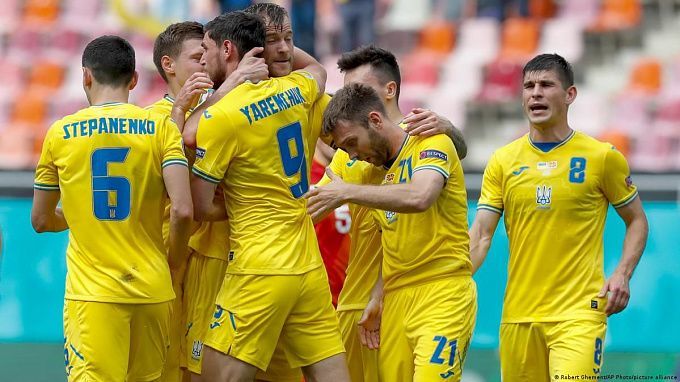 Scotland and Ukraine will play each other in a postponed second leg match in the 2022/23 Nations League next Wednesday. The teams played a head-to-head encounter as part of the World Cup 2022 qualification at Hampden Park. The Ukrainians won that game by two goals, but bookmakers see the Tartan Army as a slight favorite.

After being eliminated from qualification for the 2022 World Cup by Ukraine, the Scots have played three games in the Nations League: a 0:3 home defeat to Ireland, a 2:0 home win over Armenia, and a 4:1 away win over the Caucasians. The Scots are in second place ahead of the game, one point behind Ukraine. In essence, the upcoming meeting is a match for first place in the group, and if they win, the Scotts will be two points ahead of their rivals. Let's see whether Steve Clarke has made any conclusions after the defeat to Ukraine at the beginning of June. After the game, the Scottish coach admitted that the opponents were stronger and deservedly won. In that June game, the Ukrainians possessed the ball 58% of the game time, took 15 shots towards goal and eight on target, scoring three times. For the Tartans, McGregor scored in the 79th minute.

The Ukrainians, like the Scots, failed to qualify for the World Cup finals, which start soon in Qatar. After a confident win over Scotland, the Yellow and Blue lost 0:1 to the Welsh in Cardiff. The Dragons were lucky, with Yarmolenko getting the ball into his net after a cross from Bale. Statistically, the Yellow and Blue outplayed their opponents but failed to score. The Ukraine national team played three games in the Nations League, winning and drawing against Ireland and beating the Armenians 3:0 in Lodz. Before Wednesday's game, the Ukrainians are leading in Group 1 standings, with one point more than Scotland. It must be remembered that the group winner will be represented in League A in the next Nations League.

The Ukraine team is productive, but sometimes they are not as fortunate as in the game against the Welsh. But in general, top-flight matches against the Yellow and Blue are not rare, just as games against Scotland are often productive. The Scots have scored eight times in a row, and their recent encounter in World Cup qualifying, despite their status, was very productive, with the teams scoring four goals against each other. We hope for a continuation of the winning streak. As for the outcome, Ukraine looks more interesting. The encounter in the World Cup qualifying is still in front of the eyes. If the Scots have not improved decently since then, then we doubt that the Scotts are capable of beating their opponent.